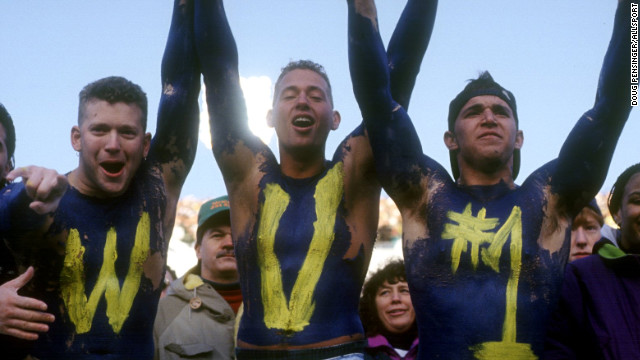 West Virginia University was listed No. 1 on both the "Party Schools" and "Lots of Beer" lists released by the Princeton Review.
August 21st, 2012
09:26 AM ET

And the biggest party school is...

(CNN) - Perhaps right now in Morgantown, West Virginia, they are raising a glass, or rather a mug, to celebrate their No. 1 ranking from the Princeton Review.

Not as the best university for academics, but because West Virginia University was named the best party school in the United States.

The 22,000-plus students there like to let some steam off every now and now, according to the survey, which asked questions of 122,000 students, about 325 per campus at 377 college campuses.

"The schools on this list are mostly large, public universities with strong academic and research profiles, as well as highly successful athletic programs," West Virginia said in a news release. "But in the big picture, clearly this list has no real credibility."

West Virginia also topped the "Lots of Beer" list while Providence College was No.1 for "Lots of Hard Liquor."