(CNN) - Most professional athletes are well aware of the fact that one day their careers will come to an end. Those who earn salaries in the millions of dollars are most likely financially secure for the rest of their lives provided they are wise with their money. Others are not so fortunate.

"About 75 percent of NFL players are bankrupt within 5 years of retirement," said Doug Guthrie, Dean of the George Washington University School of Business. "They have resources early in their life but they don't have the business skills not only on how to manage those resources, not lose them, but how to deploy those resources and take themselves to another level in the business community."

With that said, there is a new MBA program specifically geared toward professional athletes to help them maximize their financial potential.

"I'm living my dream right now but when this dream ends there's another one that's going to have to take place," said Brendon Ayanbadejo, a linebacker with the Baltimore Ravens. Ayanbadejo is part of the inaugural class of George Washington University's STAR Executive MBA program. It’s a customized program where students meet for 8 hours a day in two-week modules. They'll take 6 modules over two years at select college campuses across the country.

"We all have businesses that we want to do once our careers are over," said Ayanbadejo. "We need to learn the fundamental ways how to grow those businesses and do them the right way."
END_OF_DOCUMENT_TOKEN_TO_BE_REPLACED

(CNN)–Rebekah Lester will be Duette Elementary school's new teacher this school year. With only one teacher, Duette is the last school of its kind in Florida.

"You could call it a one-room schoolhouse but essentially the students are in one room with one teacher," Lester told CNN affiliate WTSP. The elementary school serves 18 students from kindergarten through sixth grade.

The building, which was built in 1930 by volunteers, has five rooms, but only one classroom. But the school is equipped with technology – each student has his or her own laptop – and the students will be prepared for Florida's standardized tests, says Lester.

For several years, prinicipal and former teacher Donna King went without a salary as she managed to keep the school open. Now she says she hopes to focus on fundraising for the school, which reimburses the district for Lester's salary.

Before King recruited Lester, parents were worried that the school might have to close when King announced her retirement from teaching last year.

Lester is no stranger to Duette, either. Her oldest child is a Duette alumnus who went on to be a high school honor student and her youngest is enrolling at the school this year. 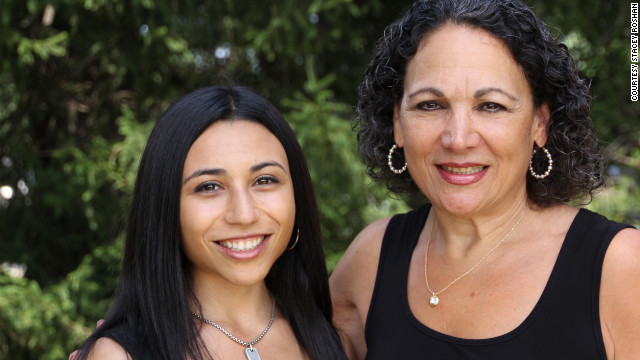 My View: It’s never too late to begin flipping your classroom

By Stacey Roshan and Wendy Roshan, Special to CNN

Stacey: Soon after graduating from college, I decided to follow in my mother's career path and become a high school math teacher. My mom helped me with this transition to the teaching world, as I had no prior educational training. I looked to her for guidance on things such as structure, timing and pacing. As I began teaching, I mimicked a lot of what my mom was doing, but with a modern spin – I was always looking for technology that I could use in the classroom.

By my second year, I was teaching AP calculus. While I enjoyed teaching these students, my classroom sometimes felt like a stress bomb waiting to explode. (I am overly sensitive to stressed-out students because I was one myself.) So when the end of the class period felt like stepping off of a treadmill that had been running at full speed for 45 minutes, I knew I had a problem. I had talked as quickly as I could, and students had responded with as many questions as they could get in, but most of the time they had many unanswered questions and frequently found it necessary to come in after school for extra instruction.

That summer, two awesome things happened that would change everything.
END_OF_DOCUMENT_TOKEN_TO_BE_REPLACED