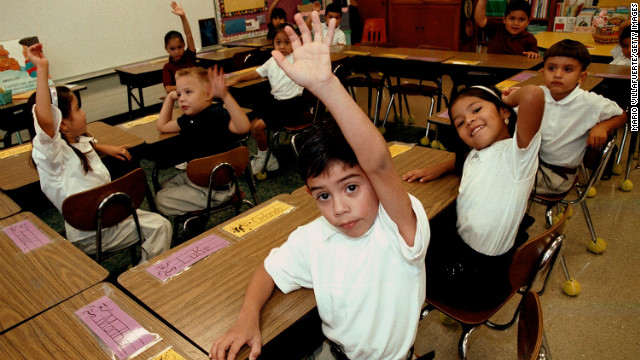 Back to school by the numbers

(CNN) - It’s back to school time. Starting dates around the U.S. vary by state and district: Some schools started on different dates in August, while others start this week.  As we embark on the 2012-2013 academic year, here’s a numerical snapshot of education in the U.S.

54.7 million – Number of students enrolled in elementary and secondary schools, both public and private, in the U.S. in 2011.

31.8 million – Number of children who received free or reduced price lunches through the National School Lunch Program in 2011.

11.8 milllion – Number of students who spoke a language other than English at home in 2010.

$688 – Average amount parents will spend on back-to-school items for kids in grades K-12.

21.6 million – Number of students expected to be enrolled in colleges and universities in fall 2012.

12.3 million – Number of female students expected to be enrolled in colleges and universities in fall 2012.