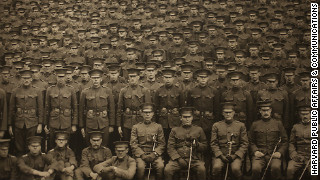 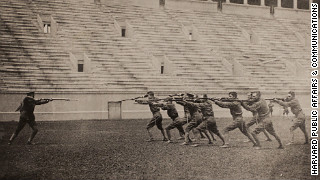 Roth-Douquet said, “Ivy League schools pride themselves to recruit and train the opinion-shapers and decision-makers in our society and these people need to understand the military. Everything else is dangerous for our democracy in which civilians control the military and need to do that intelligently.”

In her many years of speaking to students on Ivy League campuses, she has heard stories of ROTC cadets feeling the need to go undercover on campus because of hostile reactions from faculty and students. “I heard about one incident in which ROTC students at Harvard were called ‘baby killers’ when they walked across campus. Recently, though, I see more support for the military in the schools. That is why this change of policy is so significant, because it improves military-civilian relationships,” she said.

This positive view is shared by Lt. Col. Adam T. Edwards, a professor of military science at MIT and the commanding officer for the ROTC battalion. “Just the fact that we are back on the campus and were welcomed with open arms. Our students can openly wear their uniforms in and around campus, thereby heightening awareness for the armed services. And there is the symbolic portion to it, the re-partnering. The whole idea that Harvard talked about service and one aspect is service to the nation, through our military services.” 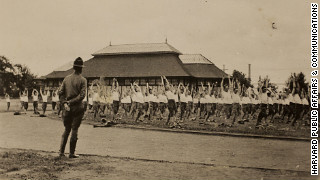 Historically, Harvard had been at the forefront of establishing a Reserve Officers’ Training Corps on campus. In 1916 some of the first ROTC cadets were studying at Harvard. In fact, Roth-Douquet said, Harvard actively demanded and argued for ROTC students. “Harvard was hoping to establish contemporary civilian morals, norms and culture within the military because they recognized America was on the brink of becoming a world power, and they wanted to make sure the military carried U.S. civil values abroad.”

This belief changed drastically during the Vietnam War when American civilian and military culture drifted widely apart. That is when some Ivy League schools, including Harvard, expelled ROTC programs from their campuses. In the later years, however, Kathryn Roth-Douquet said she believes the Ivy League schools upheld the ban because it was convenient and avoided conflict rather than because of “don’t ask, don’t tell.”

“The law was created by Congress,” she said. “It is not in the military’s power to change it. But it was easy and comfortable for the schools to blame and punish the military. I think that was unethical.”

Nevertheless, the retraction of “don’t ask, don’t tell” by Congress in 2010 marked the turning point in the policy change regarding ROTC programs at most Ivy League schools. Now only Brown University continues to ban military exercises and classes on campus.

Today, Harvard is home to 30 ROTC students. Their morning exercise in front of Harvard Stadium will probably become a regular scene on campus.