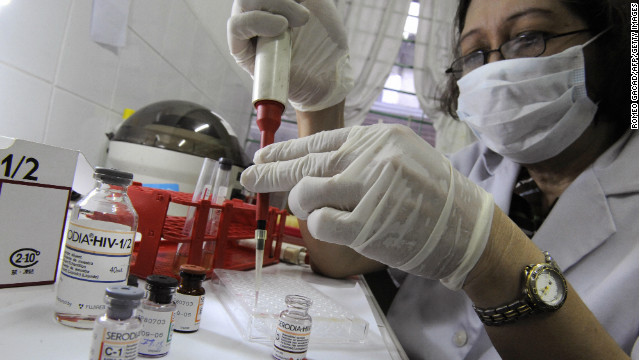 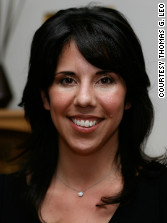 By Lorelle Espinosa, Special to CNN

Editor’s Notes: Lorelle L. Espinosa, Ph.D., is a senior analyst with Abt Associates, a global research and program implementation firm, where she contributes to the evaluation of higher education and training programs in science, technology, engineering and mathematics (STEM).

(CNN) - The recent Mars landing of NASA’s rover Curiosity — and the stunning images it is sending back from the Red Planet — will hopefully inspire a generation of students entering college this fall to pursue an education in science, technology, engineering, and mathematics (STEM). Yet for many students — particularly Latinos — those very valuable STEM degrees remain out of reach, practically ensuring that America’s growth in these important fields is stifled.

Despite being our fastest growing demographic group, Latinos remain practically invisible within the STEM workforce. According to the Department of Commerce, Latinos represented just 6% of STEM workers in 2009, in large part due to the fact that only 14% of Latinos hold bachelor’s degrees —  the credential most in demand by STEM employers. Given recent Census Bureau estimates that show Latinos making up nearly one-third of America’s population by 2050, it becomes immediately apparent that Latinos are quite literally our largest untapped pool of talent.

It’s not for lack of interest that Latinos are not becoming scientists and engineers. On the contrary, research out of the University of California, Los Angeles, shows that about one in three Latino college freshmen at four-year institutions have intentions to major in science or engineering. Yet, something happens along the way in their pursuit of a science, technology, math or engineering degree. As a group, Latinos are less likely than their peers to finish that STEM major. Of those Latino freshmen who began a four-year STEM degree in 2004, just 22% completed within five years (compared to 33% and 42% of white and Asian-American STEM majors, respectively).

This does not bode well for Latinos who are hoping to pursue a career in these fields. According to a widely cited report out of the Georgetown Center on Education and the Workforce, in just six years’ time, a full 90% of STEM occupations will require some postsecondary training, with 78% of these jobs demanding an associate’s degree or higher.

A first barrier to STEM degree completion comes when young Latinos step onto their respective college campuses and find that they are not adequately prepared for the academic demands of rigorous STEM disciplines. According to Patricia Gandara and Frances Contreras, authors of “The Latino Education Crisis,” this problem is in part due to the fact that Latinos are more likely than other groups to attend elementary and secondary schools with few resources, inadequate facilities and less-qualified teachers. Latino children start their elementary years already behind their mainstream peers.

In 2011, just 22% of Latino fourth-graders were proficient in math; a crippling scenario given the paramount role that a solid foundation in math plays in STEM fields at college entry and beyond.

We’ve known for some time that America’s public K-12 system is in need of major reform when it comes to preparing students of all backgrounds for college entry, yet the barriers faced by young Latinos aspiring to a college degree don’t exist only within the walls of our nation’s classrooms.

Higher education must also do more to retain and graduate the increasing number of Latinos seeking college degrees. A first step is to keep college affordable. The median income of Latino families is $37,759, with 27% of families below the federal poverty line. Contrast this with the average cost of a four-year public university degree — now $17,131 a year. Even more troubling is a need-based financial aid system that has not kept pace, making it that much more critical that policymakers and institutional leaders keep higher education accessible by keeping cost stable and strengthening financial aid programs for low-income students.

A second priority is to strengthen those institutions where Latinos make up a critical mass of the student body, including community colleges. Two-year institutions enroll 53% of the nation’s Latino college students. In California alone — where Latinos represent nearly half of the state’s young college-age population — 70% of entering freshmen enroll in one of the state’s 112 public two-year colleges. Yet according to Los Angeles-based Campaign for College Opportunity, only 20% of the state’s Latino community college students complete a two-year credential or transfer to a four-year institution, compared with 37% of white students. Such trends are unfortunately similar in other states with fast- growing Latino populations — making investment in two-year schools and a strengthened two- to four-year pipeline critical for young Latinos in pursuit of STEM careers.

These are just a few of the challenges facing a fast-growing Latino demographic. As this population seeks to invest in college, so too must the policy community focus their sight on helping young Latinos prepare for and succeed in STEM fields. If we can land a rover on Mars, it is within our reach to chart the necessary ground that will equip young Latino students with the skills to be among those arriving on college campuses — and more importantly — succeeding once there.

The opinions expressed in this commentary are solely those of Lorelle Espinosa.