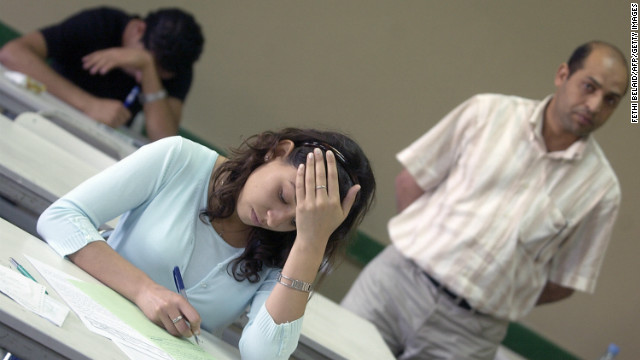 On the surface, this may look like less is being expected of some kids. But there’s an explanation that’s rooted in how we assess student performance under No Child Left Behind.

The goal of NCLB was to bring all children to the same level of learning. Under NCLB, all students are supposed to be reading at grade level and proficient in math by 2014. To do that, student performance on standardized tests was reported by “subgroups” to determine which kids were being “left behind.” Naturally, none of the subgroups performed at 100% proficiency, but some performed better than others.

When states realized that they could not reach this goal in time, they sought waivers from NCLB. To date, 33 states and D.C. have received waivers from the Obama administration that allowed for new targets as long as the states adopted other requirements mandated by the U.S. Department of Education.

While the original NCLB law required states to track various groups, including African-Americans and Hispanics, all groups had the same goal. According to an Education Week analysis of NCLB waivers, 26 states and D.C. now have different goals for different groups.

But the new benchmarks have been met with outrage from parents and civil rights groups, particularly in Florida, Virginia and D.C.

American Civil Liberties Union spokesman Dennis Parker says that having different benchmarks for different groups sends the wrong message. “If the kids aren’t getting the resources to address the standards, you should address that, but to lower standards really sends a bad message to children of all ages…. This feels like resignation to me, saying we only expect so much for a certain kids’ race or ethnicity,” Parker told CNN.

Pam Stewart, Florida Department of Education’s commissioner, says the state’s new goals do address the achievement gap between black students and other groups through realistic goals.

“In order for us to get to our goal, and a goal of getting all students to a proficient level, it is very important for us to look at where our students are. We have very ambitious goals overall. If only our critics would look at how far we are looking at moving subgroups in that particular indicator,” Stewart told CNN.

To get to 74% proficiency by 2018, Florida’s African-American students almost need to double their current proficiency rate, which now stands at 38%. The state’s white student population as a whole must increase its proficiency rate by 19% over five years. If Florida reaches its goals, the achievement gap between blacks and whites would shrink from 31 percentage points down to 14 in five years.

Florida’s education officials say they want the gaps between racial and ethnic groups eliminated by 2023.

It’s important to note that individual students, regardless of race, will have to reach the same scores to pass state proficiency exams. The race-based targets only apply to the percentage of students within a group that must reach a target. Additionally, in those states that received permission to use raced-based targets, groups composed of students with disabilities and English language learners will also have different target scores.