In Sandy, opportunities for science education

When Ted Turbiasz, 36, first heard about Hurricane Sandy, he gathered his two children in their backyard and put them to work. Collectively, they built a do-it-yourself weather station equipped with a rain gauge and wind indicator, and connected their home television to feed live video of the storm. They topped it off with a specially-made banner held on with green duct tape and labeling the unit as “Aidan’s Sandy Weather Station.”

The purpose of it all was to “teach them that weather is something that can be monitored," Turbiasz told CNN's iReport.

With more advanced technology and resources, forecasters are doing the same. They predicted the magnitude of Sandy with the help of satellite images from NASA’s Jet Propulsion Laboratory. JPL's Atmospheric Infrared Sounder tracked the storm and captured a high-resolution photo that meteorologists used to determine the storm's size.

Other sophisticated technology helps predict life-threatening hurricanes, as well. Take for instance the National Center for Atmospheric Research’s supercomputer, Yellowstone, which is able to render short-term weather forecasts in less than 10 minutes and can compute 1.5 quadrillion (a million billion) mathematical operations a second, equivalent to 7 billion people performing more than 200,000 calculations every second.

Read the full story from our Light Years Blog 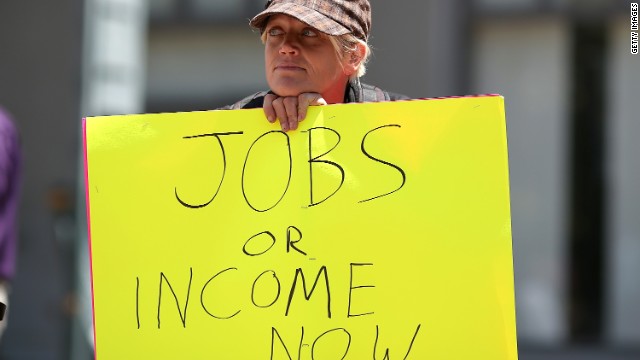 A new survey shows that many teenagers share the same concerns as adult voters.
October 30th, 2012
04:17 AM ET

Survey gives glimpse into where teens stand on election issues

(CNN) - The economy, health care and education aren’t just top issues for American voters. They’re also the concerns of those who’ll be voting for the first time in the next U.S. election, four years from now.

In a recent, nationwide survey by Junior Achievement, almost 73% of people between ages 14 and 17 said a top concern was jobs. Students are specifically worried that they’ll have trouble finding a job after finishing their education. (The current unemployment rate among Americans ages 16 to 19 is 23.7%.)

The economy as a whole was also cited among those surveyed, with 72% saying they were concerned about America’s fiscal health.

And not surprisingly, many teenagers have questions about their education. The cost of college, the quality of education, and the availability of scholarships were reasons why 64% said education was a concern.

Health care was cited by 32% of surveyed students, and the environment rounded out the top five concerns with over 18%.

Students were split over whom they’d vote for this time around. The Obama/Biden ticket got just over 38% support, while the Romney/Ryan ticket received about 37%. The margin of error was +/-3.6%.

Almost half of those surveyed said they didn’t think the candidates had good enough plans to help students land a job after wrapping up their education. And more than half - 56.6% - said the candidates were more concerned with winning the election than they were with listening to the American people.

That could contribute to another significant finding: About 14% of the teenagers surveyed said they wouldn’t vote in this election even if they were old enough.

You can see a graphic representation of the survey results on the Junior Achievement website.