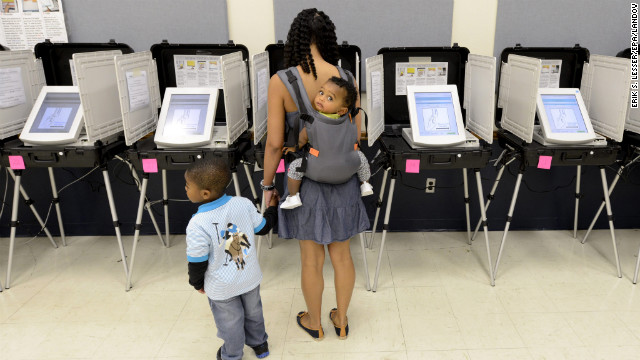 Georgia voters like Jaime Grant were asked to consider an amendment to the state constitution involving charter schools.
November 7th, 2012
02:57 AM ET

(CNN) - In an election year when education didn’t draw much attention, some voters considered Tuesday the future of charter schools in their states.

In Washington, there was a narrow lead for an initiative that would allow the opening of the state’s first public charter schools.

Washington is one of nine states that doesn’t have any public charter schools. Initiative 1240 would allow eight charter schools per year in the state, up to 40 over five years. At the end of that period, the charter system would be up for review. The system would be free and open to all students, and independently operated.

Critics argued the initiative was an expensive proposition at a time when schools were already underfunded, and that it didn’t serve enough students.

Supporters said the schools would create competition among schools and increase the choices available to parents and students. They liked that the schools wouldn’t be bound by district curriculum mandates or teacher unions’ contracts.

In Georgia, with most ballots counted, voters favored a constitutional amendment that would allow a state commission to approve school charters, even if local and state boards deny them.

A commission appointed by the governor, lieutenant governor and state House speaker will be able to approve charter school petitions.

Supporters said it would expand charter school offerings in the state.

Opponents said it will take authority from elected officials in favor of political appointees, siphon money from existing schools and bolster for-profit charter operators rather than families seeking school choice.