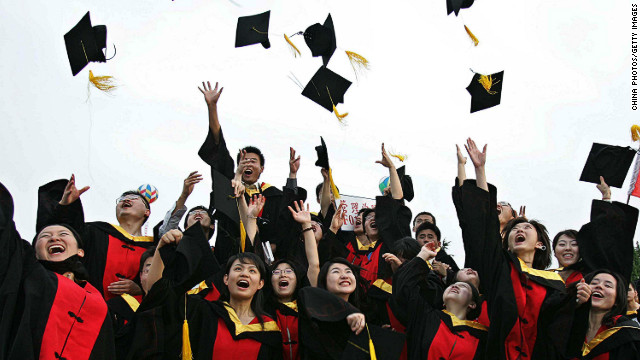 (CNN) - Jay Lin is the embodiment of the American dream - and what is increasingly a Chinese dream.

Originally from Wenzhou in eastern China, he moved to New York City as a teenager. After earning degrees from Ivy League universities - Cornell and Columbia - he secured a comfortable job in a bucolic town in Connecticut.

Now he is helping others in China follow his path, where the desire for elite U.S. education is alive and well.

In the last decade, mainland Chinese have reshaped the international student body at U.S. colleges and universities, notably at Ivy League institutions. In the 2009-2010 academic year, China surpassed traditional "study abroad" heavyweights like Canada, India and South Korea, to lead international enrollment across U.S. higher education, according to the Institute of International Education. The U.S.-based institute's most recent figures reveal that mainland Chinese students increased 23% to more than 723,000 in the 2010-11 academic year.