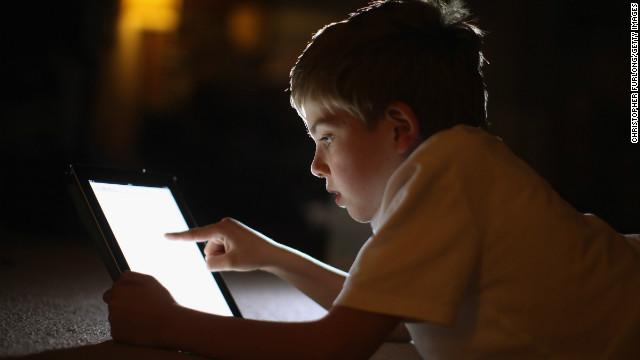 by the Schools of Thought Editors

Editor's note: This post is part of the Overheard on CNN.com series, a regular feature that examines interesting comments and thought-provoking conversations posted by the community. Some comments have been edited for space or clarity.

(CNN) – Educator and author Carolyn Coil recently wrote a “My View” piece for Schools of Thought titled “Ten myths about gifted students and programs for the gifted.”  In the article, Coil points out that American educators have struggled for more than 40 years with a definition for ‘giftedness’ as well as national criteria for identifying gifted students. As a result, there are misconceptions about gifted kids and the best ways for them to learn.

Readers posted over 700 comments in response to the piece.

Some readers questioned the focus on the ‘gifted’ label:

K: So many "gifted" kids out there, yet so few intelligent adults making scientific discoveries, helping mankind move forward. Personally, I think overbearing parents use the term, "gifted," FAR too much and since these kids grow up to be nothing special, why waste any particular time or funds on them? Let them be the kid everyone goes to for help with their schoolwork. Let them be the ones who never have to study. No need to put them up on a pedestal and give them a swelled head. They’re going to have enough trouble when they get into the real world and realize nothing comes easy any more.

Andrea Saylor: They wanted to test my daughter for "gifted" and I opted out. I didn't want her to be "different" from the other students. She was shy by nature. She tutored other students and went on to be valedictorian of her graduating class. She went on to get her Masters in Psychology. She now tests students for "gifted" "special needs" "autism" etc. Funny how things turn out......

Tom: In my experience working in science almost all our notions about 'giftedness' or 'genius', including a few in this article, are BS. Your success in science is almost entirely determined by your motivation, i.e. your willingness to spend a lot of time to learn something hard, not by any innate talent. And any talent you have always comes from years of practice. The rest is mostly luck.

A few said that we should be supporting, not bashing, giftedness:

All for gifted kids: Why are so many of you bashing giftedness? If a kid had excellent sports skills would you downplay it and not encourage him or her to play the sport or do whatever you could to help them excel? Then why not encourage giftedness and make the most of it too?

Many commented based on their experiences as gifted kids or parents of gifted kids:

Meghan: I was in Gifted Ed and I may sound like I have an inflated ego but the real world IS easy. I'm at the top in my field at 29, am in the public sector in a position where I can be inventive and create efficiencies, earn 6 figures but am bored, and am trying to determine what to do next. You may not personally know a gifted person who has made a difference but we are out there. Also, I can speak to the "well-behaved" myth. I was frequently kicked out of class and/or reprimanded for talking because I was bored. Once I transferred in to the program where the district hired a professor for 6th graders (through high school) and challenged me, the behavioral problems ceased…

KO: I have a very bright inquisitive son who so was looking forward to school. We had been in preschool and pre-K where he got along with everyone. Kindergarten was devastating to him. He woke up nightly screaming "something is wrong" for the first 3 months but never could verbalize what it was. He just missed gifted education by 1%. After he tried for months to toe the line and being bored to death he started acting out. We lost our happy, questioning kid. He was miserable. In 1st grade this continued. The teachers said they wouldn't give him more work because he wouldn't finish what they gave him. He said it was too boring to even do. We would argue for 2 hours to do 5 minutes of homework. Finally, one day he broke down crying and said "you have to get me out of here, mom, I am so bored"....we retested him privately for public school gifted program and he qualified. He is now in his 2nd year of gifted education. We have a happy kid again. He is positive, laughs, loves his classmates and learning. I can't imagine what K-12 years with no gifted education would have been like. Gifted education returned our kid to us. It also returned to him his self esteem.

SC-B: I am fortunate enough to have two "gifted" daughters, or at least two children who fit our state's view of accelerated learning ability. I think it is wonderful that this article points out so many misperceptions that people have about these children. Just between my own, I have an introvert and an extrovert, an artist and an athlete, a good test taker and an outside the box thinker, a model student and a mischief maker. They both have been put in the position of helping other kids; one loved it, the other was uncomfortable. They have both felt social pressure to pretend they knew less than they did, because it was not cool to be smart, and some of it because of their gender. Our school does have a gifted program, and we believe it is important to support more rigorous and creative learning for these children. The real benefit, though, is not always the curriculum content, but finding themselves in the company of other kids who have experienced the same things. Our society may say that academics is important, but our experience tells us that there is an anti-intellectual climate which makes gifted children the target of ridicule.

Ashbee: I was in "gifted" grade schools. I was constantly bored because I finished assignments very quickly and would ask for more work to do. I never had to study to make straight A's. After ninth grade I began my freshman year of college. Even in college I found that I picked up concepts quickly and continued to get A's. It wasn't until I began graduate school at nineteen that I began to struggle. I had never gained effective study skills and time management skills because everything had come so easy previously. Graduate school was where I learned to work hard in order to succeed. Thankfully, I rose to the challenge. Several of my college peers (who also began early), however, never learned those skills and, indeed, peaked in college. It does seem to even out in the end. From my experiences though, it was beneficial to have had the opportunity to attend "gifted" schools and move through my education at a pace that suited my learning style and ability.

HowGiftedBecomesAProblem: I have three children –The gifted child has been my biggest struggle in school because he is so quiet and well behaved his teachers basically ignored his academic needs. He was reading at a 2nd grade level when he was 4 but despite this and being tested by the schools to confirm it, his kindergarten teacher insisted he "learn" to read with everyone else "just in case he doesn't get it..." so frustrating because clearly he gets it. In first grade he was penalized for not sounding out words even though he tested at a 5th grade level for reading and sounding out "cat" is not relevant at that age. He didn't understand why they were asking him to basically pretend that he didn't know how to read the words – it was that ridiculous…I got so fed up we transferred him to a private school that was able to help and not see his "giftedness" as a problem for the teachers. He's so happy now that he actually learns things at school. I especially liked the part about not using gifted kids as teachers because in my son's case as the article says – he honestly has no idea why everyone doesn't know what he knows.