My View: The lesson in Newark

by Sydney Morris and Evan Stone, Special to CNN 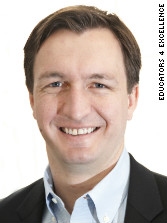 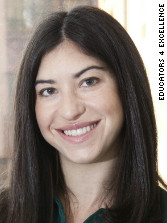 Editor’s note: Sydney Morris and Evan Stone are co-founders and co-CEOs of Educators 4 Excellence (E4E), a teacher-led organization that seeks to ensure that teachers’ voices are meaningfully included in the policy decisions that affect their classrooms and careers.

School and union leaders in the nation’s largest school districts who are waging epic battles over teacher evaluation, compensation and the future of the teaching profession could learn a lesson from their colleagues in Newark, New Jersey. That’s where the city’s 3,300 teachers  recently ratified a groundbreaking new contract that provides them unprecedented support and compensation.

But instead of the paralysis that has marked those other negotiations, Newark leaders were able to rationally discuss these points without the bluster and polarization we’ve seen elsewhere. They found a way to blend their demands in a way that will truly elevate the teaching profession. The two sides agreed to:

• A comprehensive evaluation system based on multiple measures including student growth, observations and peer reviews. Teachers will receive one of four rankings from highly effective to ineffective. Superintendent Cami Anderson was vocal about the need for more effective evaluation, while NTU President Joe Del Grosso won peer reviews as a way to give the voices of teachers more weight in their colleagues’ ratings.

• A 13.9% salary increase over three years, including the continuation of annual step increases based on years of service.

• First ever performance bonuses that will reward teachers who are successful and go the extra mile. Teachers rated highly effective will receive up to a $5,000 bonus. Teachers can also earn bonuses of up to $5,000 for working in the district’s lowest performing schools and $2,500 for teaching subjects with shortages like math and science.

Anderson and Del Grosso deserve a lot of credit for coming to the bargaining table with an open mind. They each advocated for priorities they believed in and can each claim victory, but there are no bigger winners than the city’s students. After all, they are one step closer to having what every child needs: a highly effective teacher who feels supported, respected and recognized.

Sure, some will argue that Newark was able to reach this historic pact because it’s backed by Mark Zuckerberg’s $100 million donation to the city’s schools. That money certainly helped make the performance pay piece more feasible, but the system doesn’t rely on those funds beyond covering initial start-up costs. Furthermore, price is rarely the argument we hear when union leaders and others call merit pay or bonuses a bad idea. Instead, they say incentives will pit teachers against teachers, even though research has shown otherwise. A recent TNTP study, for example, found that finding ways to reward teachers and differentiate among them in their evaluations would go a long way toward keeping our best educators in the profession.

Let’s also remember that school districts and unions across the country have significant financial incentives to come to agreements like Newark’s, yet negotiators still appear to be dug in to their respective corners. In Los Angeles, for instance, the lure of $40 million in federal Race to the Top funds hasn’t been enough to move the union to agree to an evaluation system that incorporates student growth data. In New York City, the threat of losing $300 million in state funds in the absence of an evaluation deal hasn’t yet moved either side. In Chicago, teachers went on strike to force a compromise, costing students a week of learning time.

The full impact of the Newark contract is still years away, but we should expect that the evaluation and compensation provisions included in this deal will immediately start attracting new talent to Newark, and keep it there. Let’s hope that other education leaders across the country can learn from their example—our students and teachers are depending on it.

The views expressed in this commentary are solely those of Sydney Morris and Evan Stone.