Support crucial for kids after trauma

(CNN) - School shootings such as the one at Sandy Hook Elementary in Newtown, Connecticut, may have long-lasting consequences, but with proper support, many children are able to move on, experts say.

Children need to be with their families as quickly as possible after exposure to such horrific events, said Steven Marans, director of the National Center for Children Exposed to Violence/Childhood Violent Trauma Center at Yale University's Child Study Center.

Marans and colleagues are making themselves available to Connecticut officials, including the governor's office and state police.

The good news is that most kids do bounce back from a single incident of trauma, said James Garbarino, professor of psychology at Loyola University Chicago and author of "Lost Boys: Why Our Sons Turn Violent and How We Can Save Them." If children can get back into their normal routines and get proper support, he said, they will do well.

Long-term issues are more likely for children who were very close to someone who died in a shooting, who witnessed the event or who were in close physical proximity to it, Garbarino said.

In addition, "Kids who are having difficult lives before the event are the ones most likely to have issues," Garbarino said. 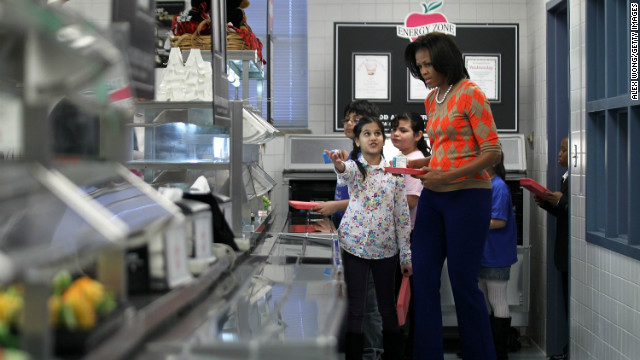 A student-athlete's view: Healthy lunches today for a better tomorrow 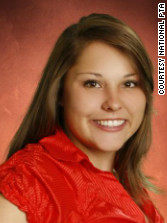 By Dani Carver, Special to CNN

Editor’s note: Dani Carver is a senior at the University of New Mexico majoring in elementary education. She plays intramural volleyball at the university. She is also a member of the National PTA's Youth Involvement Committee.

(CNN) - As a former high school athlete, the recent rumblings surrounding new school lunches have resonated with me, but perhaps not for the reasons one may think. Decades of research show a direct link between healthy eating and performance in sports. For too long, we have accepted that student-athletes just need calories – any calories. That is simply not true.  Athletes need nutritious offerings to do their best, whether that is in the classroom or on the field.

That’s why I support the changes and updates to the school lunch program made this year as part of the Healthy, Hunger-Free Kids Act of 2010. A provision of the law, which took effect this year, requires schools participating in the National School Lunch Program to serve meals with more fruits and vegetables, whole grains, low-fat or fat-free milk, and portion sizes appropriate for age groups.

One of the criticisms of the new meals is that they are not meeting the needs of student-athletes.  That’s a real concern for some students. But when we look deeper at the issue, the facts may be surprising.
END_OF_DOCUMENT_TOKEN_TO_BE_REPLACED