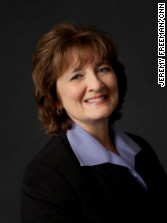 Editor’s note: Donna Krache is executive producer of CNN Student News, and an editor of the Schools of Thought blog. She is a former middle and high school social studies teacher.

(CNN) – In the 1980s, when I stepped in front of my first class of high school students, we didn’t worry about attacks on schools. The phrase “school shooting” was not part of the education lexicon. The tragedy at Columbine High School was years in the future.

There was no Internet and no cellphones, a time most of today’s students would think was hundreds of years ago.

And yet, something that my first principal said about teaching still rings true today.

“No matter what some people will tell you,” he said, “anyone who is in teaching is in it for the kids.”

The teachers I know are certainly not in it for the money, nor the accolades, nor – despite what some believe – the two months off in the summer. That’s when many teachers find second jobs to make ends meet until they can return to their classrooms.

They’re in it in part because of a passion for a subject and for knowledge and they want to pass that love of history, or science, or math to the next generation.

But more importantly, they are in it for the kids.

I come from a family of teachers. Those teachers and all my teacher friends would do anything for their students. They’ve dipped into their own pockets for lunch money for kids who have none; they’ve given rides home when someone else forgets; they’ve miraculously produced a pair of gloves for a kid who spends recess with hands in pockets; they’ve listened to a child who needed to express fear or sadness.

They call their students “my kids.”

On some level, every act of compassion for a student is heroic. For some kids, the kindness extended by teachers is the only kindness they know. It’s not a requirement of the job, but it’s something many teachers do, never giving it a second thought.

But when did it become part of a teacher’s job description to protect the lives of their students and risk their own?

We see it over and over in stories of school tragedies in the past two decades: the heroic measures that teachers, coaches, principals and support staff display, all in the name of protecting their students.

We see it again at Sandy Hook Elementary School, and we stand in awe of this courage and commitment to young lives.

What is it that compelled principal Dawn Hochsprung to charge the shooter who threatened her school and kids? What prompted teacher Victoria Soto to position herself before a huddle of students, making herself the shooter’s target? How could a teacher like Janet Vollmer read aloud to calm her students as they heard gunshots?

All the educators at Sandy Hook will be forever remembered as heroes. It’s the kind of bravery we see everyday from police, firefighters and EMTs, but increasingly, we’re seeing it from those who teach our kids.

Why do they do it?

They might be all about learning, but above all else, they are in it for the kids.

The opinions expressed in this commentary are solely those of Donna Krache.