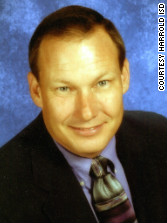 It does not OK every staff member to carry a gun. Employees must possess a Texas Concealed Handgun License and be approved by the school board. They undergo training involving accuracy and hostage situations and are required to use frangible ammunition to minimize ricocheting and injury to bystanders.

The Guardian Plan is not entirely outside the box of school security – many schools have armed guards or officers – but it has some unique qualities when compared to the status quo. No one knows the identity of our Guardians, and because they do not know who is armed, guns aren’t likely to be stolen, and our Guardians aren’t targets the way a guard or officer might be.

The number of Guardians can be higher than the usual one or two security guards, and they can be placed strategically throughout buildings. Unless the media shows up every few years to highlight the fact that some of our personnel are armed, my students forget the guns are present. They are out of sight, out of mind. That’s never the case with security officers with guns in open holsters.

The Guardian Plan is a blueprint that can work other places, but I firmly believe in local control and that every community needs to do what they think is right. Would I change any of the components? No. We thought about it so long, and tried to answer every possible question. I have taught in larger districts, and know they might need a different vetting process for who can carry a gun, and different discussions with parents and kids. In our town, we value self-reliance, and we are used to being our own first responders.

Many believe that Second Amendment traditions and rights are antiquated, treacherous and unnecessary. Some believe that if all of the guns and weapons were thrown into the sea, the world would be at peace. To be direct, this is naiveté at its zenith.

We know guns are not permitted in prisons, but those facilities are not nice, safe places. Killing tools of many kinds are fashioned there because creativity and design are not only traits of good and honest citizens. Not all immoral and depraved individuals are in prisons. Some have yet to be identified, and some are intent on harming our children - in our homes, schools and any other place. Guns in the hands of good people results in protection from bad people. It is that simple.

Is it foolproof? No, nothing is. At the end of the school day, we at Harrold want to know we’ve done everything possible to protect our children from people who are intent on harming them. We are better prepared to do that than many other places.

Across America, we need signs in front of schools that read: “We love our children: They are protected.”

The opinions expressed are solely those of David Thweatt.