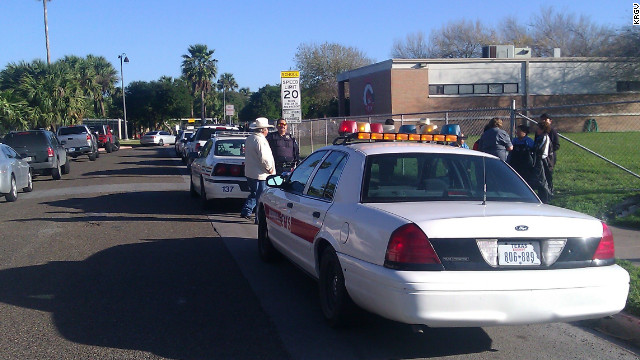 (CNN) - In a matter of hours in December, conversations around education stopped being about standardized testing, food allergies and teacher pay. After the shooting at Sandy Hook Elementary School in Newtown, Connecticut, everybody wanted to know: What's keeping the kids in my life safe at school?

Should school staffers carry guns? Or should every school have an armed police officer? Do guns have any place on school grounds?

How does mental health fit into school safety?

And is it possible that schools and parents are overreacting - and could that hurt kids?

This week, CNN's Schools of Thought published several perspectives on school security, giving those who work or have kids in school a chance to explain what's happening in school hallways and offices around the country.

Schools of Thought readers had their own experiences and opinions to share, too. Readers posted more than 1,000 comments debating what reasonable school security policies and resources should look like - whether they be guns, police, psychologists or a hard look from knowledgeable community members.

David Thweatt, superintendent of schools in Harrold, Texas, described how his small, rural district implemented a plan to allow some staff members to carry concealed weapons in addition to other security members.

icequeen75: "I think what this administrator (does) makes sense. It is a well thought plan that has the good guys with guns but also extensive training. I also think while we are putting guns in the hands of the good guys, we also need to think of ways to keep guns out of the hands of bad guys.

Encouraged: "Agree 100% with this article. As a kid growing up in suburban Jersey, I definitely knew my school was safer because of the presence of armed security officers. All the more better if there were more trained, but covert, armed personnel. … The poor little ones lost at Newtown deserve their memory honored by providing the means for every student in this country to know he or she is safe and protected when entering a school."

aviva1964: "I really don't know what the big deal is. Many schools already have armed guards. ... Kids see security guards at banks, at stadiums, at airports - security at school does not equate to your kids going to school in a prison, nor will it make your kid afraid to go to school. It might make them less afraid."

But many argued that guns have no place in schools, especially in the hands of those hired and trained to educate kids.

Scott B: "I love my kids enough to not want them to go to school prisons."

TomGI: "As long as the decision to arm the school staff is fully disclosed then fine with me. I want to be informed so I can pull my kids out of there. I don't want my kids going to a school with armed staff. There are alternatives to that, and I want to avail myself of them."