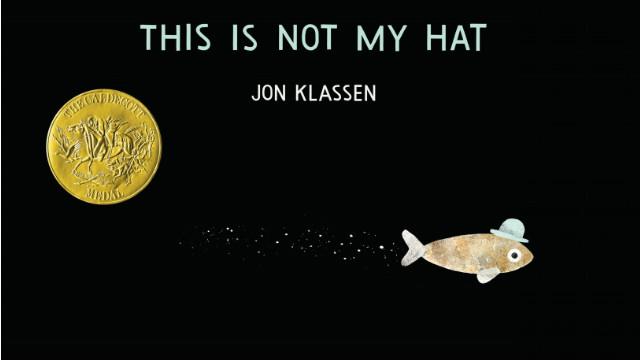 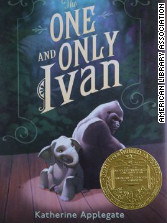 John Newbery Medal for "most outstanding contribution to children's literature":

"The One and Only Ivan," written by Katherine Applegate

"Bomb: The Race to Build - and Steal - the World's Most Dangerous Weapon," by Steve Sheinkin

Randolph Caldecott Medal for the "most distinguished American picture book for children":

"This Is Not My Hat," illustrated and written by Jon Klassen

"One Cool Friend," illustrated by David Small and written by Toni Buzzeo

"Sleep Like a Tiger," illustrated by Pamela Zagarenski and written by Mary Logue

Coretta Scott King  awards for an African-American author and illustrator:

Illustrator award: "I, Too, Am America," illustrated by Bryan Collier with text by Langston Hughes

Author: "Each Kindness," by Jacqueline Woodson and illustrated by E. B. Lewis

Author: "No Crystal Stair: A Documentary Novel of the Life and Work of Lewis Michaux, Harlem Bookseller," by Vaunda Micheaux Nelson and illustrated by R. Gregory Christie

Illustrator: "Martin de Porres: The Rose in the Desert," illustrated by David Diaz and written by Gary D. Schmidt

Author: "Aristotle and Dante Discover the Secrets of the Universe," written by Benjamin Alire Sáenz

Author: "The Revolution of Evelyn Serrano" by Sonia Manzano

"Aristotle and Dante Discover the Secrets of the Universe," written by Benjamin Alire Sáenz

Schneider Family Book Award for "books that embody an artistic expression of the disability experience":

For ages zero to 10: "Back to Front and Upside Down!" written and illustrated by Claire Alexander

For ages 13 to 18: "Somebody, Please Tell Me Who I Am," written by Harry Mazer and Peter Lerangis

"In Darkness," written by Nick Lake

"Aristotle and Dante Discover the Secrets of the Universe," by Benjamin Alire Sáenz

"The White Bicycle," by Beverley Brenna

"Up, Tall and High!" written and illustrated by Ethan Long

"Let's Go for a Drive!" written and illustrated by Mo Willems

"Pete the Cat and His Four Groovy Buttons," by Eric Litwin, created and illustrated by James Dean

"Rabbit & Robot: The Sleepover," written and illustrated by Cece Bell

William C. Morris Award for "a debut book published by a first-time author writing for teens":

"Love and Other Perishable Items," written by Laura Buzo

"After the Snow," written by S. D. Crockett

"The Miseducation of Cameron Post," written by emily m. danforth

"Bomb: The Race to Build - and Steal - the World's Most Dangerous Weapon," written by Steve Sheinkin

"Electric Ben: The Amazing Life and Times of Benjamin Franklin," written and illustrated by Robert Byrd

"Moonbird: A Year on the Wind with the Great Survivor B95," written by Phillip M. Hoose

"Titanic: Voices from the Disaster," written by Deborah Hopkinson

YALSA Award for Excellence in Nonfiction for Young Adults:

"Moonbird: A Year on the Wind with the Great Survivor B95," written by Phillip Hoose

"Titanic: Voices from the Disaster," written by Deborah Hopkinson

"We've Got a Job: The 1963 Birmingham Children's March," written by Cynthia Levinson

"My Family for the War," originally published in Germany in 2007 as "Liverpool Street," written by Anne C. Voorhoeve, translated by Tammi Reichel.

"A Game for Swallows: To Die, to Leave, to Return," written and illustrated by Zeina Abirached, translated by Edward Gauvin

“Son of a Gun," written and translated by Anne de Graaf

"The Fault in Our Stars," produced by Brilliance Audio,  written by John Green and narrated by Kate Rudd

Katja Torneman, producer of "Anna, Emma and the Condors"

Alex Awards for 10 adult books that appeal to teens:

"Caring is Creepy," by David Zimmerman

"Juvenile in Justice," by Richard Ross

"My Friend Dahmer," by Derf Backderf

"One Shot at Forever," by Chris Ballard

"The Round House," by Louise Erdrich

What are the children's books you remember most? Share your favorites in the comments.