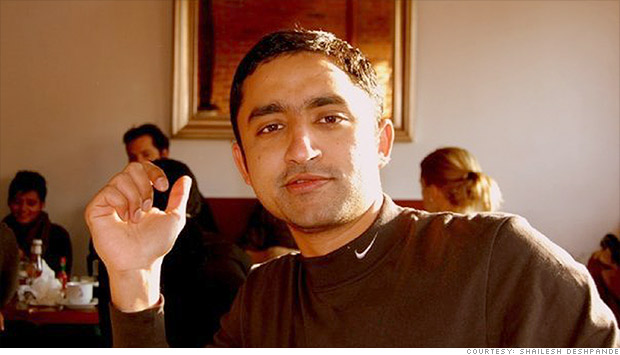 Shailesh Deshpande is a Virginia Tech grad who lost his fight to stay after working for several U.S. consulting firms.
February 4th, 2013
09:24 AM ET

Smart foreigners who study at U.S. universities - often at taxpayer expense through scholarships - face a tough fight after graduation if they want to stay in the country.
Many share the experience of Shailesh Deshpande, who lost his fight to stay after graduating from Virginia Tech. He returned home to India and is now launching a company there.

"Don't hate me when I take jobs away from U.S. shores," he said. "Blame your government for it."

The current system sets quotas that limit individual countries to no more than 7% of all green cards. That makes it harder for applicants from India or China, compared to applicants from Belgium or Iceland.

Immigrants make up a surprisingly large share of STEM students in Master's and Ph.D programs: more than 40%. The sheer number has ballooned to 205,600 students as of 2011, according to Immigration and Customs Enforcement records.

Although federal officials say it's difficult to accurately track how many of them leave, companies and colleges that interact with foreign students say they are increasingly being driven out of the country.