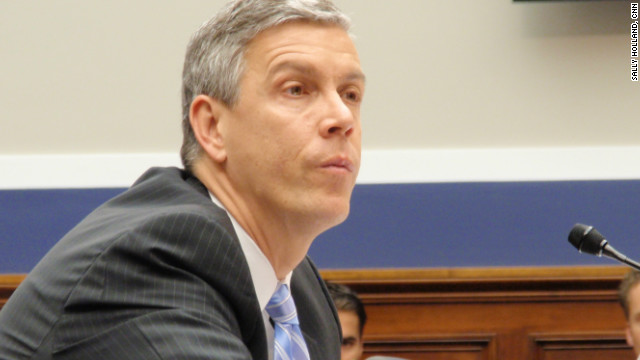 Washington (CNN) - Republicans and Democrats in the Senate agreed Thursday that they would prefer a reauthorized education bill that updates school standards, instead of allowing more waivers for states to bypass No Child Left Behind.

The 2001 No Child Left Behind act required that all students meet ambitious reading and math standards by 2014; schools that didn't would be subject to reforms or slashed funding. The standards have gotten tougher over the years and schools are struggling to keep up, or failing entirely. A reauthorized bill would set goals states see as more attainable.

“The bottom line is that it expired in 2007 except for a provision that says if Congress didn’t act, it would continue," said Sen. Lamar Alexander, R-Tennessee, the ranking Republican on the Senate Health, Education, Labor and Pensions Committee. "Congress didn’t act so it’s continuing. That’s our fault. That’s on us."

In 2011, the White House announced states could apply for waivers that would relieve them from provisions of the Elementary and Secondary Education Act, or No Child Left Behind, while still giving them access to federal education funding. To get a waiver, they would have to meet standards laid out by the U.S. Department of Education.

The waivers have been controversial among Republicans who object to the stipulations the Obama administration puts onto many states before they're awarded.

"This simple waiver authority has turned into a conditional waiver with the secretary basically having more authority to make decisions that, in my view, should be made locally by state and local governments," Alexander said.