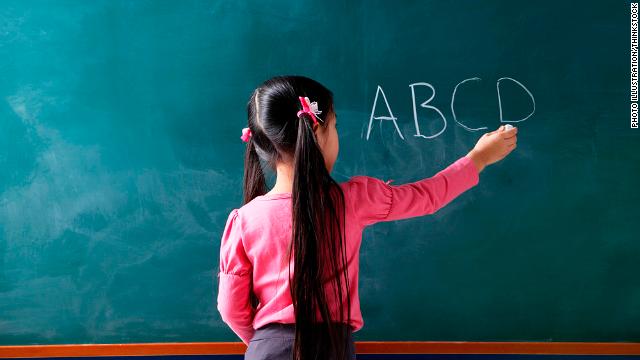 "A poor child born in the U.S. is much more likely to remain poor than one born in Canada or Denmark," Fareed Zakaria writes.
February 18th, 2013
05:00 AM ET

(CNN) - Arguably the most important and innovative idea proposed by President Obama in his State of the Union address on Tuesday night was his call for high-quality, universal pre-school education.

“Every dollar we invest in high-quality early childhood education can save more than seven dollars later on, by boosting graduation rates, reducing teen pregnancy, even reducing violent crime,” Obama said. “In states that make it a priority to educate our youngest children…studies show students grow up more likely to read and do math at grade level, graduate high school, hold a job, form more stable families of their own.”

He’s right. Most Americans would be surprised to learn that the United States now does worse in terms of social mobility than many European countries – especially those in Scandinavia – as well as Canada. What does this mean in practice? It means that a poor child born in the United States is much more likely to remain poor than one born in Canada or Denmark.

The Pew Charitable Trust’s Economic Mobility Project found last year, for example, that “more than 40 percent of Americans raised in the bottom quintile of the family income ladder remain stuck there as adults, and 70 percent remain below the middle.” OECD research, meanwhile, found that while “at least 40 percent of the economic advantage that high-earnings fathers have over low-earnings fathers is transmitted to their sons,” the comparable figure for Nordic countries, Canada and Australia was less than 20 percent.

The main reason for this, I believe, is that many of the countries with higher mobility invest a great deal in children of all backgrounds, early in their lives, in terms of daycare, nutrition and education. And what the research increasingly shows is that if a child has missed out in the first few years of life in terms of nutrition, in terms of attention that adults pay to them, in terms of cognitive stimulation, then it is very difficult for them to catch up because they have been so disadvantaged – some of them neurologically. Countries with strong programs for the very young, in contrast, tend to have an advantage.