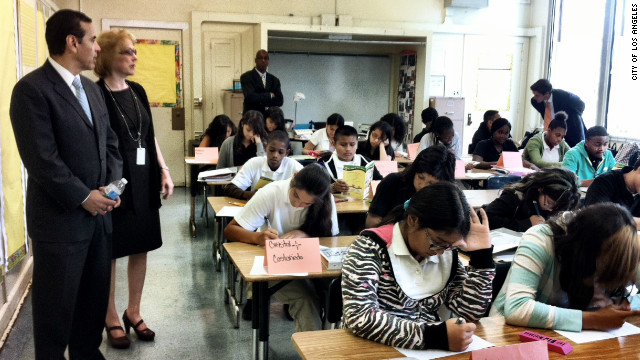 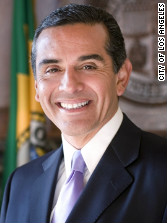 Editor’s note: Antonio Villaraigosa is the 41st mayor of the city of Los Angeles.

(CNN) - My story began like far too many people across this country. My father left when I was 5 years old. My mother, sometimes working two jobs, raised four children on her own in East Los Angeles. She was always my touchstone, the person who taught me my core values. It was her quiet grace, strength in the face of adversity and unflinching will that served me so well in life.

However, despite everything she poured into our family, we kids didn’t always make it easy for her. By age 16, I was kicked out of the Catholic school she had worked so hard to send me to.

I found myself at the local public high school, Roosevelt. It was a “drop-out factory.” I was put into remedial classes, which I found boring and unchallenging after my previous education. But even worse than that, I felt like the school had given up on me. So, I gave up on myself and dropped out.

My story could have ended there. 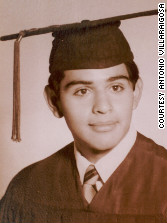 I could have become one of my many peers who didn’t graduate. But my mother would not accept that fate for me, and a Roosevelt teacher named Herman Katz took an interest in me. They saw my potential and fought for me. They pushed me back into school. They pushed me to finish what I started - and I did, graduating in 1971.

From there, I went to East Los Angeles Community College and transferred to UCLA, one of the finest institutions in the world. At UCLA, I was the beneficiary of affirmative action. Some would say I walked in through the back door. But one thing’s for sure, I went out the front. I had a diploma in hand, a future ahead of me and my head held high.

For me, public education really was the great equalizer.

That’s why I believe education is the civil rights issue of our time. As a high school dropout, I see a part of myself in every kid who wants to give up because they think the system has failed them. Sadly, the United States now enjoys less economic mobility than Canada and most of Western Europe. Those born into poverty in America lack genuine opportunities to change their fate because they lack access to great public schools.

Now, more than ever, the American dream is linked to our education system. So, as mayor of Los Angeles, I chose to make education a priority. Soon after I took office, we fought to take control of our school district. We were defeated in the court, but we did not give up on improving education for our kids. We worked to elect pro-reform members to the school board, we fought to turn around struggling schools, we expanded school choice and we dedicated ourselves to demanding accountability at every level, from the classroom to the administration. Now, we have a Los Angeles Unified School District that gives parents more power, that works harder to lift every child out of poverty and that strives to offer the same opportunity to every family.

We have not accomplished everything we set out to do, but we have made real progress. Notably, we have doubled the number of Los Angeles schools that meet California’s academic performance goal, nearly doubled the percentage of our third graders who are reading proficiently and made double-digit gains in our graduation rate.

How did we do it? First, we knew we had to expand access to better schools in order to serve our most disadvantaged children. So we passed an initiative that allowed charter organizations, teacher teams and other similar groups to run new and failing schools. One-hundred-sixty-four Los Angeles schools have undergone aggressive turnaround efforts. We have also tripled the number of charter schools in Los Angeles, increasing ninefold the number of successful ones - those scoring 800 or more on the state's Academic Performance Index.

Second, we created the Partnership for Los Angeles Schools, an innovative nonprofit that runs 22 of our worst schools, including Roosevelt High School. The Partnership allows us to implement new and creative solutions to our most difficult educational challenges and then export these practices to all district schools. We launched a school report card, increased access to gifted programs and established a Parent College to directly engage parents in their kids’ education. This year, if the Partnership were its own school district, it would be the most improved in California.

Third, we are building a system of empowerment and accountability. Every student deserves a great teacher, and our teachers deserve a system that values their contributions and supports their development. We negotiated a contract that places teachers at the forefront of school improvement efforts. We developed a stronger evaluation system and focused on changing broken tenure and layoff policies. And we worked to keep good teachers at struggling schools during the depths of the Great Recession.

Over the last eight years, we’ve taken important steps forward. We’ve made a difference in Los Angeles, and the policies and practices I’ve mentioned here can be emulated across the United States - as long as educators, parents, community members and government leaders all come together to make education a priority and enact change.

The opinions expressed are solely those of Antonio R. Villaraigosa.