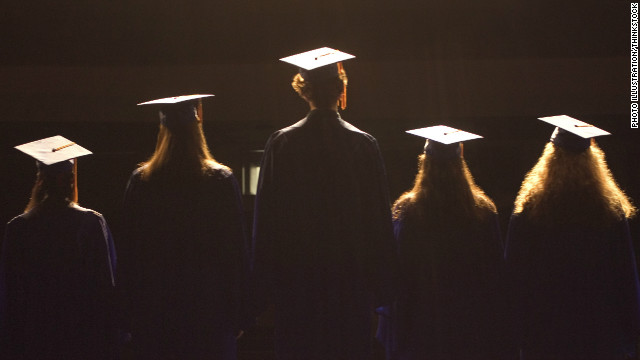 Occidental College spokesman Jim Tranquada said the scorecard’s numbers for Oxy are “in the ballpark" of what students pay, on average.

“The challenge that Occidental and every college faces is that people tend to look at the sticker price and make decisions … rather than asking a few more questions to find out what they’re more likely to actually pay,” he said.

So, are there any tools tracking thousands of colleges that do it better than the scorecard? Maybe.

With a little digging, would-be students can find net price calculators on schools' websites. Federal law requires schools to post them. The calculators ask applicants to share their financial info and should churn out a price pretty close to what they would pay for tuition, room and board, materials and fees. It's not an official offer, and it won't share graduation rates or instantly compare the results to other schools'. But it's something.

Not enough, the folks at College Abacus argue.

College Abacus is a free tool that brings schools' individual net price calculators into one place. Users create an account, enter their financial information once and then compare their personal net price estimates across schools. Abigail Seldin, College Abacus' chief executive officer and founder, said the individual estimate is better than the College Scorecard's average. An average net price means some students' costs will ultimately be much higher or much lower. It could easily discourage some low- and middle-income students, even though their estimate could be much lower, she said.

"We welcome additional federal regulations to increase transparency, but we see big problems with the use of an average net price for student advising," Seldin said. “It’s not a lot better than the sticker price."

College Abacus has collected data on about 3,000 schools. It expects to re-launch in September with more than 7,000 schools, including public, private, nonprofit, for-profit, community colleges and trade schools. It is working with high school counselors to help them match schools and students, and adding features for students to report back what they pay - a test of whether schools' net price calculators are accurate.

Like the College Scorecard, College Abacus isn't ranking schools, Seldin said. Rather, she thinks of College Abacus like Kayak, the one-stop site for travel prices.

“Students are learning about what it’s going to really cost for them to go to college as they decide to apply, rather than in the spring of their senior years after they’ve applied, been accepted, rejected,” Seldin said.

So is the scorecard even a good idea? Reactions have been rolling in since its debut last week: criticism, data questions, user guides, pros and cons and a few price comparisons.

For families trying to make a college decision, it can't hurt, said Elizabeth Heaton, the senior director of education consulting for College Coach and a former college admissions officer. Some students and parents are influenced by rankings, Heaton said - lists she often finds shoddy or at least subjective. Some make decisions because a campus "feels right" or because of a family legacy. The College Scorecard comes closer to answering questions Heaton would prefer applicants ask, she said.

“The first thing is absolutely cost. Can you afford it?” Heaton said. She wants students to consider whether schools have the range of academic programs they want and how schools would fit into their families' lives. Do you need to live at home or carry a full-time job? Can the family cope with a few plane rides per year, or do you need to be within driving distance?

“It’s very hard to quantify a ‘good’ education, what makes one program better than another,” Heaton said. “The more resources that can help people understand what they should be looking for, how to evaluate, whether it makes sense for the student, the better.”