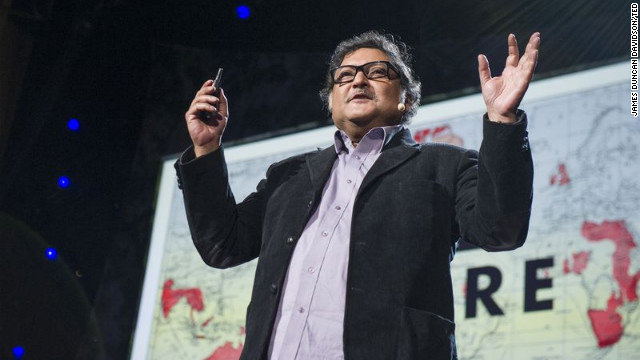 A $1 million bet on students without teachers

Long Beach, California (CNN) - What if everything you thought you knew about education was wrong?

What if students learn more quickly on their own, working in teams, than in a classroom with a teacher?

Those are the questions Sugata Mitra has been asking since the late 1990s, and for which he was awarded the $1 million TED Prize on Tuesday, the first day of the TED2013 conference.

Mitra, professor of educational technology at Newcastle University, won the prize for his concept of "self organizing learning environments," an alternative to traditional schooling that relies on empowering students to work together on computers with broadband access to solve their own problems, with adults intervening to provide encouragement and admiration, rather than top-down instruction.

Thinking about children living in slums in New Delhi, he said, "It can't be possible that our sons are geniuses and they are not." Mitra set up a publicly accessible computer along the lines of a bank ATM, behind a glass barrier, and told children they could use it, with no further guidance.

They soon learned to browse the Web in English, even though they lacked facility in the language. To prove the experiment would work in an isolated environment, he set up another "hole in the wall" computer in a village 300 miles away. After a while, "one of the kids was saying we need a faster processor and a better mouse."

When the head of the World Bank came to see the experiment, Mitra said he encouraged him to go to the New Delhi slum and see for himself.