My View: Oberlin wrong to cancel classes after hate incidents 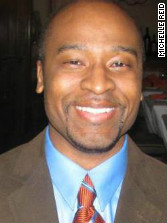 Editor's note: John S. Wilson is a contributing writer for Forbes, Huffington Post and Black Enterprise. He frequently writes about health and education policies and politics.  He's on Twitter at @johnwilson.

(CNN) – When I was around 12 or 13, one of just a few black students in my entire grade, a substitute teacher made inappropriate remarks about slavery. When I got home, I just knew my mother would do something about it; this was a woman who visited my school as though she had to punch a clock.

She listened, said the teacher was wrong, and that was it. No angry phone calls, no marching to the school, no request for anyone to be reprimanded or fired. I was shocked. But she told me that my school didn’t share the same values as that teacher, and she was confident the unfortunate incident was temporary but the values the school instilled were permanent.

That’s what a school’s mission is all about: permanency. Instilling character that cannot be tarnished by temporary incidents - even when very offensive – over which it has little control.

But Oberlin College in Ohio made a very poor decision this week. Classes were canceled in response to a rash of racist and anti-gay incidents aimed at students and a student’s report she had seen someone on campus dressed in a white hooded robe. (Police said they received a report of a student wearing a blanket, but couldn’t say whether the incidents were related.)

On Monday, the campus held a “Day of Solidarity,” which consisted of diversity programming, an Africana teach-in, and what Meredith Gadsby, chairwoman of the Africana Studies Department, called “positive propaganda.” If you're at a loss for exactly what that is, think a collegiate version of a “Sesame Street” marathon, minus Oscar the Grouch.

Oberlin passed up an opportunity. Instead of canceling classes, they should have continued normal business while finding ways to draw upon their incredibly strong history of diversity and inclusion.

By canceling classes and generally overreacting - let's face it, racism and baseless discriminatory scrawls on posters and walls will never go away - Oberlin is only sheltering students, instead of assisting them to overcome adversity, an action that would truly fortify their character. What example does this set for students, many of whom will soon be in the workforce? If a supervisor or co-worker offends them, who will be there then to host their day of solidarity?

END_OF_DOCUMENT_TOKEN_TO_BE_REPLACED

Before '21 and Over': Crazy college movies

"21 and Over" is the latest movie about wild and crazy college students to hit theaters. But in a lineup with "Animal House"," Old School" and "Revenge of the Nerds," it has big comedic shoes to fill - especially after a dismal weekend at the box office.

What are your favorite college movies? What did we miss? Share in the comments! 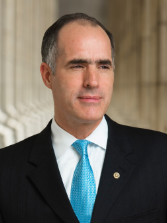 By Robert Casey, Special to CNN

Editor's note: Robert Casey, a Democrat, is a U.S. senator from Pennsylvania.

(CNN) - CNN and the Cartoon Network's presentation of the AC360° special feature, "The Bully Effect," spotlight a serious issue affecting children across our nation. The film underscores the damaging consequences of bullying and the need to prevent and respond to it.

Lawmakers have a responsibility to ensure that our schools are safe, which is why I have made addressing this problem a priority in the United States Senate. I firmly believe that all children have a right to an education free from fear of being bullied. The denial of this basic right is a betrayal of children who simply want to learn.

The impact of bullying for students and for our nation are severe. In an era when a quality education matters greatly in a competitive global economy, students must be able to focus on their studies. Bullying distracts students who worry more about surviving the day unscathed than about the grades on their report card. Research has indicated that bullying causes increased absenteeism, dropout rates and academic underachievement, all of which undermine a child's ability to succeed in the classroom and beyond.

I am particularly disturbed by stories of bullied youth who feel powerless to change their situation and who choose not to seek help from adults. A recent report from a newspaper in my home state of Pennsylvania told the story of a 12-year-old boy who regularly asks his parents not to report when he has been bullied because he fears possible retaliation. Rather than speak up about the threatening environment at school, he felt that his only option was to keep quiet or risk making things worse.

Putting an end to bullying will require a consistent message from adults, including lawmakers, that young people can make a real difference in their lives and the lives of others when they speak up about bullying and harassment.