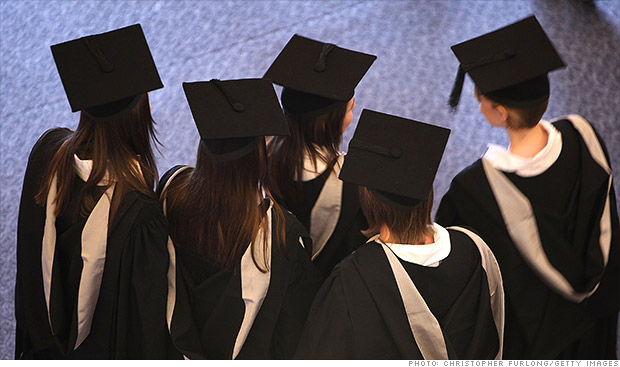 New York (CNNMoney) - The class of 2013 will face an "extremely difficult" job market when college students graduate in the months ahead, according to a new research report.

Unemployment remains high for young college grads. For those who will find jobs, many will probably have to settle for low-level positions, the Economic Policy Institute said Wednesday.

The unemployment rate for recent college grads between the ages of 21 to 24 has averaged 8.8% over the last year, according to Labor Department data.

Once you also include young grads who are working part-time for economic reasons, and those who have stopped looking for a job in the last year, the so-called "underemployment rate" is a whopping 18.3%.

Sure, the job market has improved during the past few years. But both these rates remain higher than pre-recession levels.