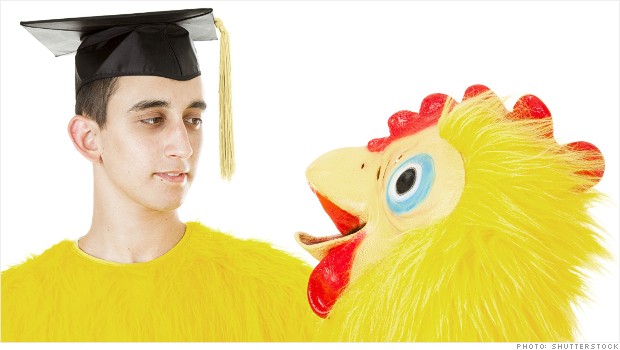 Editor's note: In May, the superintendent of Wilcox County, Georgia, schools announced the high school will host its first official school prom in 2014. Read the full story

Wilcox County, Georgia (CNN) - It's a springtime tradition in this stretch of the magnolia midlands for crowds to gather at high school students' proms. They'll cheer for teens in tuxedos and gowns while an announcer reads what the students will do once they leave this pecan grove skyline.

Earlier this month, Wilcox County High School senior Mareshia Rucker rode to a historic theater in the nearby town of Fitzgerald to see her own classmates' prom celebration. She never left the car, even to catch up with her friends. She'd recently helped to invite the critical gaze of the world to her county; few would be happy to see her there, she said. Besides, she's black and wasn't invited to this prom reserved for white students anyway.

For as long as most remember, Wilcox County High School hasn't sponsored a prom for its 400 students. Instead, parents and their children organize their own private, off-site parties, known casually as white prom and black prom - a vestige of racial segregation that still lives on.

"When people say that seeing is believing, it truly is," Mareshia says a few days later from the comfortable bustle of her family's kitchen, central command for the three generations that share it.

"Just talking about it, it didn't hurt my feelings. I didn't care," she says. "When I saw it, I felt really crappy. I didn't understand what was so different about me and them."

She apologizes as her eyes grow shiny and tears dribble down her face. Toni Rucker swoops in to fold her arms around her oldest daughter.

"What is the difference," she murmurs, Mareshia's head resting on her chest. "There is no difference."

Mareshia and her friends bucked 40 years of local customs this month by organizing their own integrated prom, a formal dance open to Wilcox County's white, black, Latino and Asian high school students. Organizers, both black and white, said they lost friends in the process - a grim experience in the waning weeks of the school year. It's been hard on the rest of their hometown, too.

When the story erupted on TV and social media, Wilcox County became a symbol of race relations stuck in the past. People around the world heard about the sneers from some classmates, the silence from some adults, the school board that says it supports them but didn't sponsor its own prom. Thousands lashed out at the old tradition or offered up kind words, cash, dresses, a DJ. Stunned, they wanted to know, could this be true? In 2013?