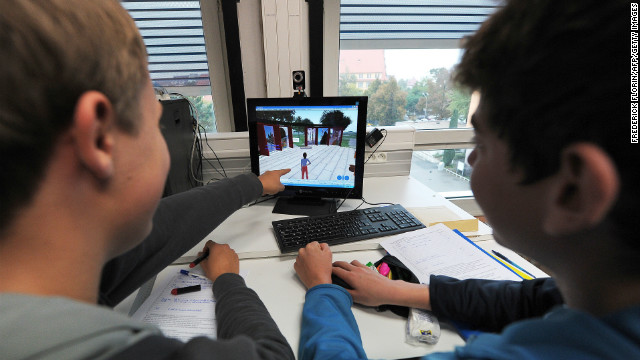 (CNN) - Saying Web access is essential for students to compete in a wired world, President Obama on Thursday will announce an initiative to bring high-speed Internet to almost all of the nation's schools by 2018.

At a speech in a high-tech middle school in Mooresville, North Carolina, Obama was scheduled to order federal agencies to earmark funds for providing broadband and wireless access to 99% of U.S. public schools in the next five years, according to senior administration officials. The president is tasking the Federal Communication Commission with spearheading the project, and is also asking the FCC to fund high-speed connections at libraries.

"We are living in a digital age, and to help our students get ahead, we must make sure they have access to cutting-edge technology," said Obama in a statement released by the White House.

"So today, I'm issuing a new challenge for America - one that families, businesses, school districts and the federal government can rally around together - to connect virtually every student in America's classrooms to high-speed broadband internet within five years, and equip them with the tools to make the most of it."

The initiative, called ConnectED, also will ask private-sector industries for help in getting the most modern technology, educational software and apps into students' hands, and in providing tech training for teachers.

The effort does not require approval by Congress.