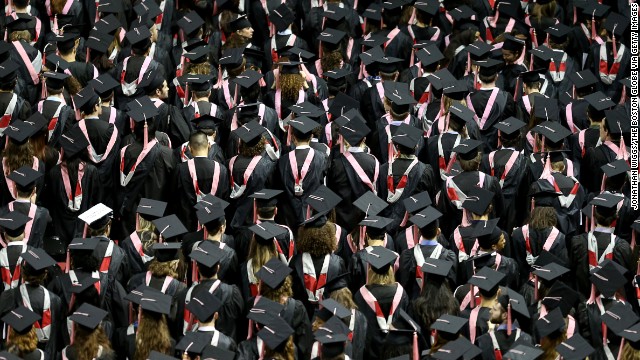 My View: A trillion dollar anvil dragging us down 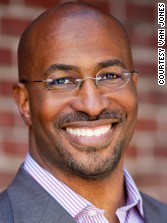 Editor's note: Van Jones, a CNN contributor, is president and founder of Rebuild the Dream, an online platform focusing on policy, economics and media. He was President Barack Obama's green jobs adviser in 2009. He is also founder of Green for All, a national organization working to build a green economy. Follow him on Twitter: @VanJones68.

(CNN) - The student debt fight is back - with a vengeance.

Once again, we are asking what our leaders are doing about a crisis that gets worse every year.

Once again, the answer is: Not much.

That is a huge problem - and not just for millennials, or young people born between 1980 and 2000. The approximately $1.1 trillion in student debt out there already constitutes a crisis for every one of us.

It is the only form of household debt that has continued to rise during the Great Recession. It is also the only form of debt that cannot be discharged under bankruptcy or even death, as parents who have lost children have discovered to their horror. It is preventing young people from buying homes and starting businesses.

In short, student debt is a $1.1 trillion anvil dragging down the entire U.S. economy.

Unfortunately, the conversation in Washington is not about big fixes, but simply how to avoid making matters worse by letting interest rates rise.

Riding a motorcycle to school

CNN Films' "Girl Rising" documents extraordinary girls and the power of education to change the world. Watch June 16 on CNN

(CNN) -  Eulalia goes to school on a motorcycle.

The 10-year-old girl lives in the Puno region of Peru with her parents and six siblings. There is no school near Eulalia's home, so on Mondays, her father gives her a ride down the mountain on his motorcycle to a boarding school run by the humanitarian organization CARE. She attends school during the week and comes home on the weekends.

For Eulalia, this ride to school is a journey into a promising future that is hard to come by in Peru. She is one of nearly a million indigenous children who struggle to get an education.

According to CARE, 73% of indigenous kids in Peru are behind in school for their age and nearly 30% don't go to school at all. Most people in the Puno region live in poverty and parents have no choice but to have their children work to help support the family. Child labor is often used for illegal gold mining in the area.

Eulalia's father is a poor alpaca shepherd, but he wants his daughter to have a better education than he had and he has made it a priority. The school doesn't charge Eulalia's family for school fees, but her parents try to contribute in other ways such as with crops or labor. Soon, her little brother will also be attending the school.