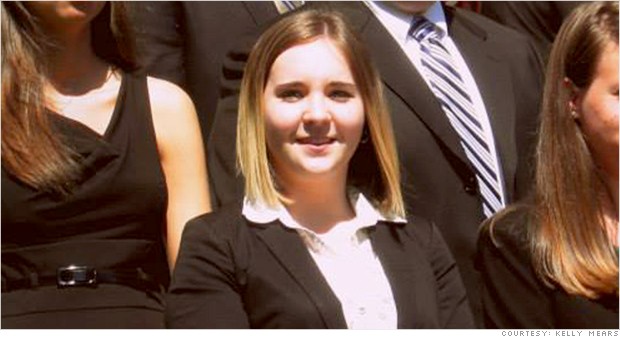 Kelly Mears has a lot at stake in the debate over government-subsidized student loan interest rates.
June 24th, 2013
05:00 AM ET

Washington (CNNMoney) - When Kelly Mears graduates from Union College in the summer of 2015, she will have $100,000 in student loans.

Armed with a political science degree, Mears will join more than a million Americans who have racked up breathtaking amounts of student debt.

Mears is also one of 7 million undergraduates caught in the middle of a debate in Washington over government-subsidized student loans, as interest rates are set to double to 6.8% from 3.4% on July 1.

"It just seems to be a part of the growing American experience to go to school, graduate and work off that debt for the rest of your life," Mears said.

Super-borrowers with $100,000 of student loan debt aren't the norm. The average student graduates with $27,000 of loan debt.

The New York Fed said those who borrow $100,000 or more are about 3.1% of borrowers nationwide. But it's easy to see how students get there, with four years of private college tuition running $116,000 on average, according to the College Board.