Teens trained to spot drama before it turns dangerous

(CNN) - Lauren Astley knew her ex-boyfriend was having a hard time getting over their breakup.

Nathaniel Fujita hadn't wanted to end their three-year relationship. He made it clear in a long e-mail, asking her to give him a chance to find "a part of you that still loves me." But after several "negotiated truces," as her mother calls them, it was over in May 2011, a few weeks before their graduation from Wayland High School in Massachusetts.

But Lauren, 18, didn't stop worrying about Nate, especially as he withdrew from his friends. She was known for being kind, caring and deeply involved in the lives of friends - attributes her classmates lauded in her senior yearbook, along with her singing voice and warm smile. She discussed her ex-boyfriend's antisocial behavior with friends, and they decided together that she should be the one to reach out to him. After weeks of ignoring her texts, Nate, 19, finally agreed to meet her on July 3, 2011.

The next day, her body was found in a marsh about five miles from his home. He had strangled her with a bungee cord, stabbed her multiple times and slashed her throat. Her body was dumped in a nature preserve he knew from science class.

Nate had shown signs of jealousy in the past, but nobody suspected he would hurt Lauren. During his murder trial, his lawyer said he snapped mentally when he killed her. Prosecutors said it was a case of extreme dating violence, that he wasn't psychotic - just angry, hurt and humiliated by the breakup.

Nate was convicted of first-degree murder in March and sentenced to life in prison. But the quest for closure doesn't always end with a jury's verdict, especially in places like the couple's hometown of Wayland, which calls itself a "stable and progressive community, characterized by a legacy of civic engagement."

It's the kind of idyllic American suburb where "things like this aren't supposed to happen." In the wake of her death, community members pondered the warning signs. What did we miss? Could anybody have stopped this before it spiraled out of control?

Lauren's family saw new meaning in their "typical teen" drama: the fights, the constant cycle of breakups and reunions, the young man's retreat from social life after the breakup.

But as the couple's case shows, the line between adolescent drama and dating violence is a hard one to draw, especially in the moment.

Questions about what could've been done differently arose recently in Steubenville, Ohio, in Torrington, Connecticut, and in other communities where teen dating violence and sexual assault drew national attention. Blame bounces around the victim's clothes, the amount she drank, whether she "put herself in that situation," and to the perpetrators, parents and society for fostering a culture in which violence among teens - sexual and otherwise - makes regular headlines.

The Steubenville case, in which a teen was sexually assaulted as others watched, revived discussion around the importance of bystander education - teaching people to intervene safely in behavior that promotes sexual violence, said Tracy Cox with the National Sexual Violence Resource Center.

School violence prevention programs typically focus on risk-reduction by teaching girls not to be victims and boys not to be rapists, with no other roles to play. Even though bystander intervention not a new concept, some schools, advocacy groups and corporations are pushing it with renewed vigor in an effort to deter violence. 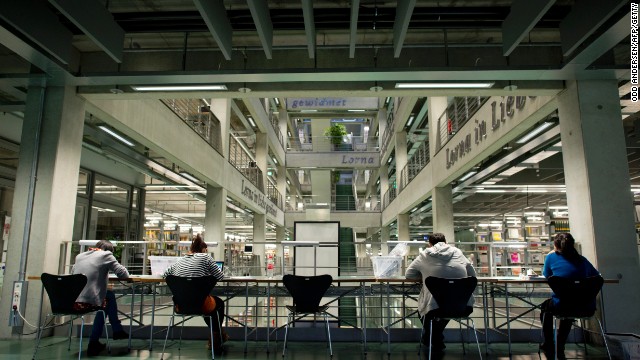 My view: History, literature, civics and arts on the chopping block 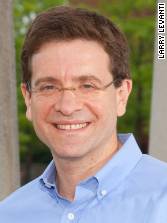 Editor's note: Julian Zelizer is a professor of history and public affairs at Princeton University. He is the author of "Jimmy Carter" and "Governing America."

(CNN) - Everyone talks about our broken political system. Washington is too polarized. Money dominates politics. Politicians don't know how to lead. Citizens are not as attentive to governance and public policy as they should be. Americans either ignore politics or see it is one more form of entertainment, "American Idol" on steroids.

As a result, politicians get away with all kinds of misstatements and truths, in part because the electorate is so gullible.

How do we make our democracy work better?

Political reform will be essential to making sure that our institutions operate effectively. The news media needs to do a better job of separating truth from fiction and backing away from the increasingly partisan outlook of journalism. Civic organizations need to do more to make sure that voters are active in politics and, at a minimum, that they actually vote on Election Day.

But education is also going to be a key part of the equation. The way in which we teach our citizens in schools and colleges is how we shape our electorate from a very young age. If we do not do a good job imparting the basics that are needed to be virtuous members of our democracy, the system will never be repaired.

Unfortunately, there is some bad news on this front. A recent study by the American Academy of Arts & Sciences sounded the alarm that vital subjects such as history, literature, language, civics and the arts are in trouble.

According to the report, the percentage of students majoring in the humanities has dropped in half, falling from 14 in 1966 to 7 in 2012. In 2010, only 45% of high school students were able to demonstrate a basic understanding of U.S. history.