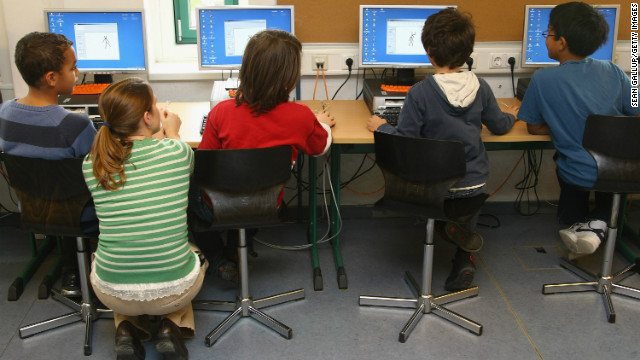 (CNN) Education, like any other profession, has a language all its own.  We’ve compiled a short list of some of the words and phrases you are likely to come across this academic year.  It’s by no means all-inclusive, and some of these terms are not new, but it gives you a sense of some of education’s priorities as we start a new school year.

Common Core State Standards, or CCSS or Common Core – a set of educational expectations, or benchmarks that was created by state leaders in education and government.  According to the Common Core website: “These standards define the knowledge and skills students should have within their K-12 education careers so that they will graduate high school able to succeed in entry-level, credit-bearing academic college courses and in workforce training programs.”  Most students will begin testing based on the Common Core Standards starting in 2014, but some districts are already beginning to assess students based on the new benchmarks. Opponents of the Common Core say this initiative is the first step toward a “nationalized curriculum” and national standardized testing. So far the standards have been adopted by 45 states and three U.S. territories. You can see if your state has adopted the standards here.

Flipped classes – Remember the struggles with geometry homework and that lost feeling when no one was around to help?  What if students could learn the lesson at home, then do their “homework” in class with the help of their teacher?  That’s the idea behind flipped classes, not a new concept but one that is gaining popularity. The practice caught on in part because of the success of websites like Khan Academy, which was started by former hedge fund manager Sal Khan, who devised a way to tutor his cousin remotely in math. Students learn the processes after school, watching videos or online explanations that they can pause and replay.  When they come to school, students then demonstrate their understanding of the material by doing their homework under the watchful eye of their teacher.  Some schools have reported higher attendance rates and test scores as a result of flipping.  But some say the practice doesn’t work for all subjects and that student accessibility to technology at home should be considered before instruction is built on flipping.

Gamification – is “the use of game-like thinking and elements in places that aren’t traditionally games,” according to GamifyingEducation.org. For example, teachers might incorporate online badges or leader boards into lessons to motivate students or use gaming techniques and applications to engage students in learning content. Proponents of gamification argue that it’s unrealistic to expect the video game generation to sit quietly in class and absorb information; the old “chalk and talk” method doesn’t work for these students. One way to engage students and help them learn, say gamification advocates, is to deliver the content in a game format. But there are questions about gamification: Is it a student achievement game-changer (no pun intended) or does it undermine intrinsic motivation?
END_OF_DOCUMENT_TOKEN_TO_BE_REPLACED