(CNN) - A new high school opening in Atlanta this week will feature 11 stories of space for students - and a new rifle range. The space will be used by Junior Reserve Officer Training Corps and rifle team members, and will be under the direction of a trained educator, CNN affiliate WSB reported. The range will be used for compressed air-powered pellet rifles, and is modeled after an existing range at another Atlanta high school, but some parents and students said it raised safety questions. 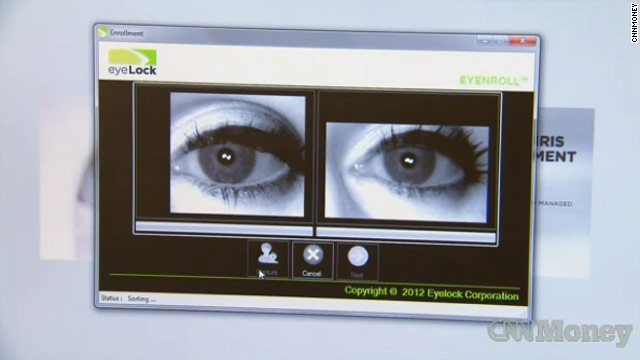 Some schools and colleges are using iris scanning as a school security measure, CNNMoney reports.
July 12th, 2013
05:00 AM ET

That's one of the reasons why a growing number of schools are replacing traditional identification cards with iris scanners. By the fall, several schools - ranging from elementary schools to colleges - will be rolling out various iris scanning security methods.

Winthrop University in South Carolina is testing out iris scanning technology during freshman orientation this summer. Students had their eyes scanned as they received their ID cards in June.

"Iris scanning has a very high level of accuracy, and you don't have to touch anything, said James Hammond, head of Winthrop University's Information Technology department. "It can be hands free security."

Six months after the Newtown, Connecticut, massacre, schools around the country are considering security upgrades.
June 10th, 2013
10:05 AM ET

(CNN) - When Alissa Parker first heard there was a shooting at her 6-year-old daughter’s school, she immediately thought of the building’s security weaknesses and wished she’d spoken up.

“Knowing the location of where Emilie’s classroom was, if anyone gained access to that building, I knew that my child was very vulnerable,” she said.

Parker’s daughter, Emilie, was among 20 first-graders killed in the December 14 mass shooting at Sandy Hook Elementary School in Newtown, Connecticut.

Six months since then, parents, school leaders and lawmakers around the country have raised questions about how to make schools more secure. Many schools reacted by immediately increasing security personnel and hiring consultants to assess their security plans. An Education Week analysis found nearly 400 bills related to school safety filed in the months after the deadliest K-12 school shooting in U.S. history; legislators proposed arming teachers and adding guards or police officers. Many proposed shoring up the security of school buildings.

Parker and other Sandy Hook parents started the Safe and Sound, an initiative to help communities improve their school security plans.

As parents gathered information after the shooting, they realized schools all over the country are vulnerable, said Michele Gay, whose 7-year-old daughter, Josephine, was also killed at Sandy Hook.

“One line of defense is all they had, and once that is penetrated, anything can happen. That is the problem with most schools,” Gay said. “We are about empowering folks … gathering everybody at the table - local police, fire, custodians, teachers and when appropriate, students. Everyone needs to be at the table to make it work.”

In its preliminary recommendations, the commission suggested:

- Requiring that all K-12 classrooms be equipped with doors that can be locked from the inside by the classroom teacher.

- Requiring that all exterior doors in K-12 schools be equipped with hardware capable of a full-perimeter lockdown.

- Creating a panel of design and security experts to establish, within 12 months, recommendations for safe design.

END_OF_DOCUMENT_TOKEN_TO_BE_REPLACED

(CNN) - To erase some of the emotional scars left behind from the December shooting massacre at the Sandy Hook Elementary School, an advisory board wants the building torn down and replaced.

The Sandy Hook Task Force voted unanimously late Friday to recommend to the Newtown, Connecticut, board of education to build a new school on the site of the existing building.

Adam Lanza burst into the Sandy Hook Elementary School on December 14, 2012 armed with a semiautomatic Bushmaster .223 caliber rifle and two handguns. He opened fire killing 26 people, 20 of them children, before taking his own life.