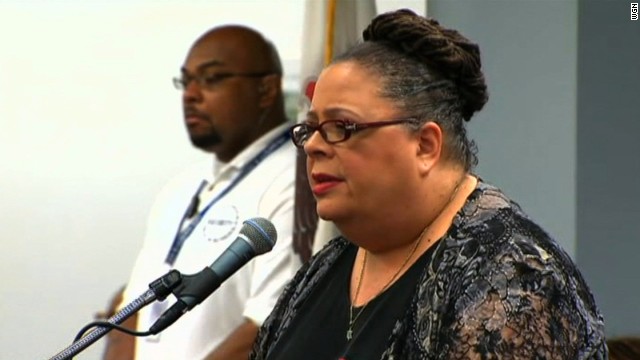 Chicago to shutter dozens of schools

Chicago (CNN) - Chicago school officials said Thursday that they plan to close dozens of schools in a bid to improve education and tackle a $1 billion deficit.

The move would shutter 61 school buildings, including 53 underused schools and one program. The cut represents roughly 10% of all elementary school facilities in Chicago Public Schools, the country's third-largest school district.

"Every child in every neighborhood in Chicago deserves access to a high-quality education that prepares them to succeed in life, but for too long children in certain parts of Chicago have been cheated out of the resources they need to succeed because they are in underutilized, under-resourced schools," said Barbara Byrd-Bennett, chief executive officer of CPS.

"As a former teacher and a principal, I've lived through school closings, and I know that this will not be easy, but I also know that in the end this will benefit our children. Like school systems across the country where enrollment has dropped, Chicago must make tough choices, and by consolidating these schools, we can focus on safely getting every child into a better performing school close to their home," she said.

The Chicago Teachers Union opposes the closures, which it says would disproportionately affect African-American students. The union also warns the move would expose students to gang violence and turf wars, an apparent reference to neighborhood loyalties. 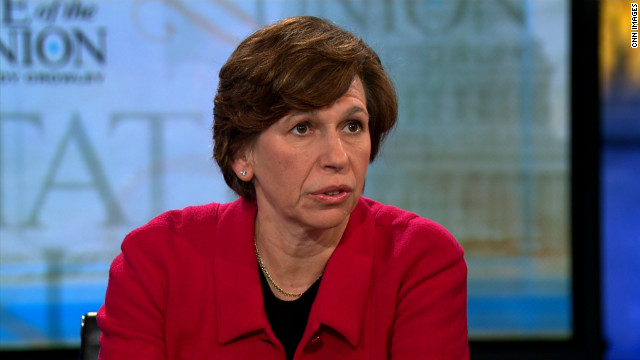 (CNN) The American Federation of Teachers has issued a report advocating an entry exam for all teacher candidates, like the bar exam taken by aspiring lawyers.

The test, which would be required of all future teachers nationwide, would be given to candidates regardless of whether they are entering the profession through traditional means or “an alternative route.”

The AFT report titled “Raising the Bar: Aligning and Elevating Teacher Preparation and the Teaching Profession”  included a statement by AFT president Randi Weingarten: “We must do away with a common rite of passage, whereby newly minted teachers are tossed the keys to their classrooms, expected to figure things out, and left to see if they (and their students) sink or swim. Such a haphazard approach to the complex and crucial enterprise of educating children is wholly inadequate. It’s unfair to both students and teachers, who want and need to be well-prepared to teach from their first day on the job. At a time when we are raising the standards for students through the Common Core State Standards, we must do the same for teachers.”

The report suggests that the exam be multidimensional and include subject knowledge as well as pedagogical knowledge. In other words, in addition to having to know the subject they teach, teachers would have to demonstrate that they had the qualities to be “caring, competent and confident.”

(CNN) As schools reopened Wednesday - the day after teachers union representatives voted to suspend their eight-day strike - union leaders, city officials and even students could all claim a few wins and admit a few losses after a bruising battle that had both sides hurling insults like pro wrestlers.

Teachers were happy to secure concessions limiting a school reform program that they said would harm students and cost teachers jobs.

Mayor Rahm Emanuel walked away with a teacher evaluation system and other changes that he says will make educators more accountable.

And there was even an upside for the 350,000 Chicago kids who had to go back to school after an unexpected eight-day holiday.

My View: The Chicago teachers' strike from an ambivalent union member's perspective

"It was kind of boring being at home, so I'm kind of glad I'm going back to school so I don't have to have any more baby sitters," South Loop Elementary School student Grace Bauer said.

In all, teachers appear to have come out ahead in a strike that gained nationwide attention, said Robert Bruno, a professor of labor and employment relations at the University of Illinois at Urbana-Champaign and director of its Labor Education Program in Chicago.

From the CNN Wire Staff
Chicago (CNN) - Hundreds of thousands of Chicago schoolchildren will return to class Wednesday after the teachers union voted to suspend its strike.

About 800 union officers and delegates met for just over two hours before there was an overwhelming voice vote to suspend the walkout, according to delegates who attended the meeting.

The contract agreement with the school system still needs to be ratified by the more than 29,000 teachers and support staff who are members of the union. 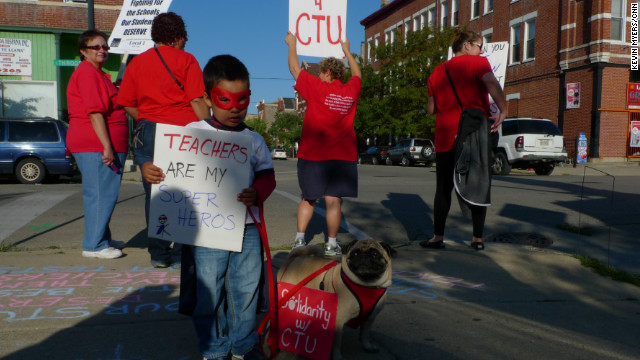 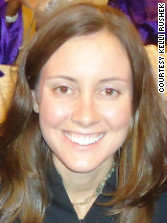 I couldn’t help but think that the strike was both for them and not for them, that the terms discussed in the media—minor raises in pay, a freeze on healthcare, the percentage of teacher evaluations based on standardized tests—largely ignored them. Reforms for stronger teacher education programs and processes for retaining our strongest teachers not just our most experienced have not been central to this very public debate.
END_OF_DOCUMENT_TOKEN_TO_BE_REPLACED 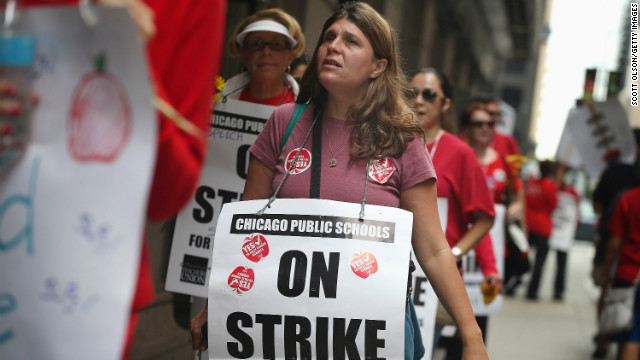 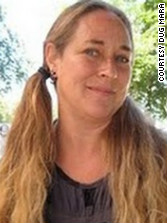 I've had two kids in a fabulous Chicago public Montessori school since they were 3 years old, and the teachers are professional, committed and caring, and go above and beyond.   As the daughter of a teacher myself, I have the utmost respect for the invaluable work teachers do.
END_OF_DOCUMENT_TOKEN_TO_BE_REPLACED

(CNN) - The Chicago teachers strike drags into a second week, after a representative group of the Chicago Teachers Union decided over the weekend not to end the walkout even though union leaders and school officials had reached a tentative contract deal.

The strike in the third-largest school system in the country is affecting more than 350,000 children.

A. Among the major issues, the teachers are negotiating over the length of the school day, objecting to their evaluations being tied to performance and fretting about potential job losses.

Q. How would the length of school days change? 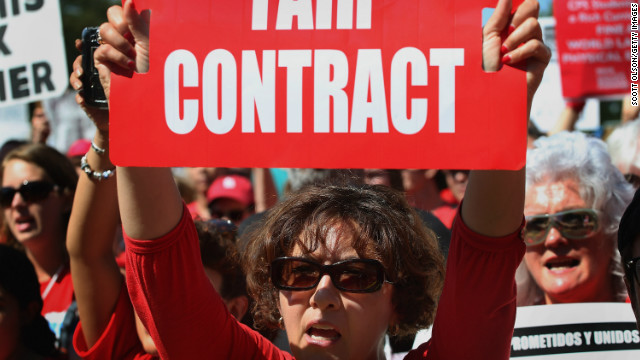 Interview with a parent on the impact of the strike

(CNN) CNN Student News conducted a Skype interview with Chicago parent Nino Rodriguez about how he and his family are dealing with the teachers' strike.

We asked him about his family's daily routine during this time and how he felt about the strike.

He looks forward to his kids being back in class because he feels that they are losing valuable instructional time.