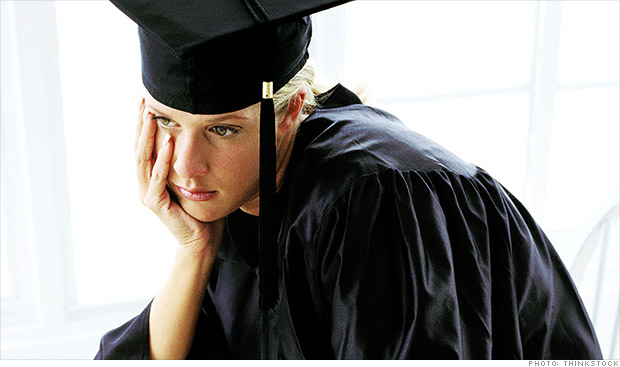 Some 'debt relief' firms are charging fees to secure services that borrowers could get for free, a new report says.
June 25th, 2013
11:36 AM ET

New York (CNNMoney) - Firms offering student loan "debt relief" are deceiving borrowers into paying hundreds or even thousands of dollars for access to free government programs, according to a recent consumer watchdog report.

With student loan debt soaring to record levels, many graduates are turning to companies that claim to help reduce or manage their debts. However, some of these firms are charging borrowers initial fees as high as $1,600 and monthly fees as high as $50 to secure services that these borrowers could otherwise get for free, according to the report from the National Consumer Law Center.

While the government offers several relief programs free of charge, such as repayment plans based on a borrower's income level, getting through the red tape is "rarely easy," according to the report. And many borrowers are unaware that the programs even exist in the first place.

To conduct its investigation, undercover NCLC "mystery shoppers" contacted 10 randomly selected student loan relief companies, analyzed websites and reviewed a variety of actual contracts and consumer complaints. They found that the majority of firms surveyed didn't inform potential clients that the products they offered - most frequently loan consolidations - were actually free government programs, or the companies buried that information in the fine print. 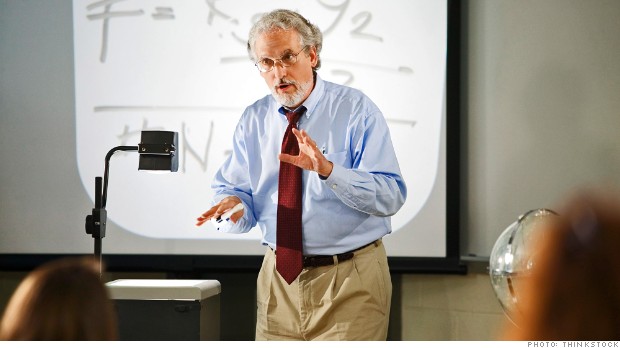 Professors teach into their golden years

New York (CNNMoney) –While most people dream of the day they can retire, many college professors plan to put it off or work until their final years.

The sluggish economy has made people in all professions question whether their nest eggs will get them through retirement. Professors are no different - plus many of them love their jobs too much to leave. But paired with the fact that colleges and universities are offering a smaller percentage of tenure-track spots, it's making it increasingly tough for aspiring professors to start their careers.

A Fidelity survey released Monday echoes prior studies and anecdotal evidence that found many professors are teaching into their golden years.

Fidelity polled several hundred faculty members between the ages of 49 and 67, and nearly 75% said they planned to retire after age 65. While 65% of those planning to delay said they were motivated by financial reasons, such as maximizing Social Security payments or hanging onto health insurance, more than 80% plan to stay for professional reasons.

"If I go several days without teaching, I long for it," said 71-year-old writing professor Donald Gallehr. "I miss my students. I wish I was in the classroom." 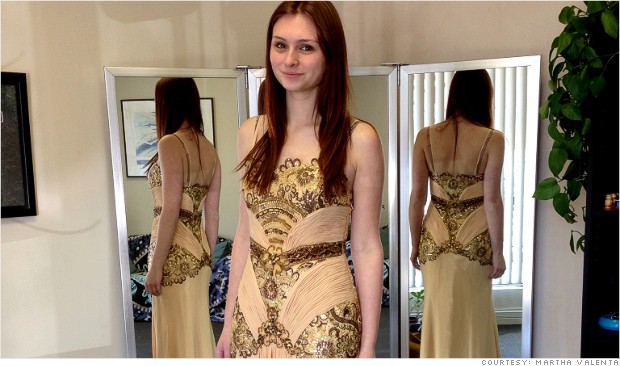 New York (CNNMoney) - Tuition at public colleges and universities spiked to record levels last year, according to a new report.

Average tuition costs - the amount students paid in tuition and fees after state and institutional aid was taken into account - rose by 8.3% to an average of $5,189 in the 2011-12 school year, the State Higher Education Executive Officers Association reported. In the previous academic year, students paid an average of $4,793.

At the same time, state and local funding for operating expenses, research and student aid fell by 9% to $5,896, the lowest level in 25 years, said association president Paul Lingenfelter.

"State support hasn't been able to keep pace with enrollment growth," he said.

Public enrollment has exploded in the past decade, increasing by more than 30%, Lingenfelter said. Today, public college students represent more than 70% of all post-secondary students.