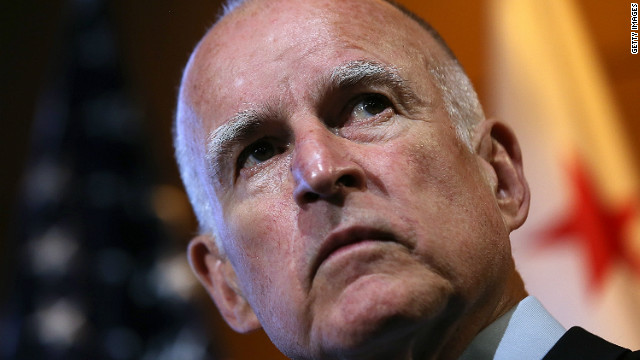 At Scripps College, the walls do talk

Claremont, California (CNN) - Every year since 1931, students graduating from Scripps College have made their mark on the campus of the women’s college just before they say good-bye.

Every graduating class in the college’s 82 year history has painted a mural along the same wall, often signing all the graduates' names.
It’s known on campus as “Graffiti Wall,” and it embodies the changing styles and ideas of generations of students at the all-women’s liberal arts college, the zeitgeist of their era.

“Graffiti Wall is a mirror reflecting the bold, historical heart of Scripps College,” said Lori Bettison-Varga, the college's president. “The student-created pictures and words are powerful, authentic expressions of each graduating class.”

The mural is an ever-changing update to the campus’ colonial Spanish mission architecture, and a living history of the students’ experiences. What began as a whimsical show of school spirit is now a permanent fixture on the Southern California campus. The wall spans the length of a rose garden, creating a space of contemplation and relaxation on a campus, as well as a beloved spot for alumnae who visit.

“The value lies in the fact that the entire history of student life at the college is somewhat recorded on that wall,” said Scripps library director Judy Harvey Sahak, who describes herself as the school’s “unofficial historian.”

The earliest images evoke the genesis of Scripps, with paintings that show the construction of buildings and young women as scholars, or young women dancing.

By 1942, as World War II consumed the United States, seniors illustrated an angelic figure encapsulated by a dark cloud.

In the heyday of hippie culture, the class of 1969 drew a peace sign and wrote what became a signature slogan of the era: “Give peace a chance.”

END_OF_DOCUMENT_TOKEN_TO_BE_REPLACED

(CNN) - A 16-year-old student who blasted a California high school classroom with a shotgun Thursday was targeting two classmates because he felt he'd been bullied, the local sheriff said Thursday night.

One student was hit and was in critical but stable condition Thursday night, and the shooter was in custody after a teacher and the school's campus supervisor talked him into putting his shotgun down.

Kern County Sheriff Donny Youngblood said he did not know whether bullying had actually occurred between the Taft Union High School students.

"But certainly he (the shooter) believed that the two people he had targeted had bullied him," Youngblood said at an evening news conference in Taft, about 30 miles from Bakersfield.

The young shooter was still being interrogated Thursday evening, Youngblood said, adding that the youth will be charged as a juvenile with attempted murder. It will be up to prosecutors to decide whether he should be charged as an adult, the sheriff said.

The name of the student in custody was not released.

Youngblood laid out a detailed scenario of the hours before the shooting, saying the student planned the assault the night before, and took a shotgun belonging to his brother.

The student did not show up for school on time Thursday, Youngblood said, instead appearing about half through the first period of classes. He was caught on school surveillance cameras, the sheriff said, using a side entrance instead of the school's main door and "appearing nervous" as he tried to conceal the shotgun when he entered the school.

"They stood there face-to-face (with the gunman) not knowing whether he's going to turn that shotgun on them," Youngblood said.